More than 10 years after she was acquitted in the murder trial of 2-year-old daughter Caylee Anthony, Casey Anthony has kept a low profile.

Casey, 36, was arrested in October 2008 following the mysterious disappearance of her daughter. The toddler was reported missing by Casey’s mother, Cindy Anthony, on July 15 of that year. After a nationwide search, Caylee’s remains were found in a trash bag in a wooded area near the family’s home in Orlando, Florida, that December.

The Florida native was indicted on one count of first degree murder, one count of aggravated child abuse, one count of aggravated manslaughter of a child, and four counts of providing false information to police. From theories of a nanny kidnapping to Casey’s apparent lack of a reaction toward her daughter’s disappearance, the unusual circumstances around the case quickly enthralled the media. When the trial began in May 2011, at least 40 million people watched some of the testimony, according to Nielson Research.

During the case, the prosecution alleged that Casey used chloroform to end Caylee’s life.

Following a six-week trial, Casey was acquitted of the murder charge, the aggravated child abuse charge and the aggravated manslaughter of a child charge in July 2011. However, a jury found her guilty of four counts of providing false information to police. She was sentenced to four years in prison, one year for each count. Since she had already served three years in prison — and exhibited good behavior — she only owed 10 more days at the time of her sentencing. Her acquittal was met with major public outrage, so much that the jurors on the case claimed they received death threats after their names were revealed in October 2011.

In 2013, Casey filed for bankruptcy. Claiming she had zero income at the time, she explained in a meeting with creditors that she was surviving off the support of friends sending her cash and gift cards.

While some initially thought the aspiring photographer was starting the company to investigate her daughter’s death, a source close to Casey clarified to People in January, “That’s a closed chapter. She’s not starting a company to get answers about Caylee. She wants to help other wrongfully accused people, especially women, and help them get justice.”

Casey was originally going to write a book about her experience but she’s reportedly ready to tell-all in a documentary. However, if Casey “goes through with the documentary,” a source told In Touch in May 2022, “it will only be on her terms.”

Keep scrolling below to see rare photos of Casey Anthony. 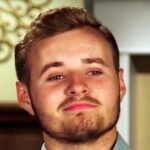 Jed Duggar on ‘Misconception’ His Family Is ‘Brainwashed’ 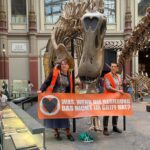