Proud parents! Cardi B and Offset have welcomed two kids into the world — Kulture and Wave.

Their eldest daughter, Kulture, was born in July 2018. “Bodak Yellow” rapper announced the news via Instagram at the time. She’s since opened up about motherhood in various interviews.

“When I was pregnant with Kulture, a lot of people [were] like, ‘Oh, he has three kids already; why would you have a kid with somebody that has three kids?’” Cardi recalled during an interview with Vogue from December 2019, talking about Offset being her children’s father. “And it’s like, how is that such a bad thing? My dad has eight kids, and we all get along, and it feels better, fuller. And with Offset, I feel like his kids just bring a pop of fun to life when they’re in his house. I actually love it. It brings out a different side of him that I like to see, and I love to see my baby interacting with her siblings. The more the merrier.”

Before bringing Kulture into the world with Cardi, the Migos rapper welcomed Jordan with Justine Watson, Kody with Oriel Jamie and Kalea with Shya L’Amour.

When it came to being a first-time mother, the “WAP” musician explained to fans via Instagram that she wanted to “learn how to be a mom,” noting that her family was a big help after her daughter was born.

She and Offset announced in June 2021 that they were expecting their second baby together. Their son was born in September of that same year, but the duo didn’t reveal his name until April 2022. At the time, Offset shared his moniker, Wave, in an Instagram caption showing off the baby boy’s face.

“We went through a lot of sad things when it comes to Kulture — terrible behavior that not even the older kids have ever been through,” Cardi told Essence during an April 2022 cover story in which she posed alongside Offset and all five children. “So many people will post mean, disgusting things, just to get a reaction from us.”

When it came to showing Wave to the world, the couple wanted to wait “to protect our feelings.” Cardi told the magazine, “We get very, very angry and upset.”

Despite all the backlash, Offset told Essence that their blended family has become “a safe house.” Cardi added, in part, “I love our family, and I wouldn’t want it any other way.”

Scroll through the gallery to see photos of Cardi B and Offset’s kids. 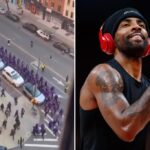 ‘We are the real Jews’ 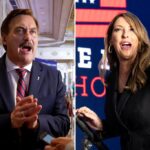