A security guard shot a man who may have been assaulting a woman near an international bridge in El Paso on Friday, police said.

The security guard witnessed the apparent assault taking place inside a car waiting in the southbound lane leading up to the Stanton Bridge, El Paso police said.

The guard fired “at least one shot,” an El Paso officer told the Post. A video shared by KVIA captured the sound of at least ten shots being fired.

The alleged assailant was sent to the hospital with one gunshot wound and is expected to recover, authorities said.

No arrests were made as of late Friday.

The bridge was shut down following the shooting. 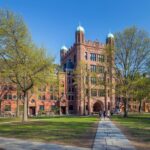 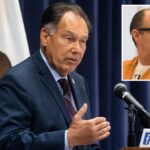