WASHINGTON —The US Secret Service is doubling down on its claim not to keep visitor logs for President Biden’s Delaware residences — as House Republicans demand records that could reveal who had access to improperly stored classified documents at his Wilmington home.

A spokesman for the White House counsel’s office told the outlet, “Like every President in decades of modern history, his personal residence is personal.”

The Secret Service claimed last year to The Post that it doesn’t keep visitor information for Biden’s Wilmington and Rehoboth Beach homes.

The agency said in April that no records were found in response to a Freedom of Information Act request and said so again in late September in denying a FOIA appeal.

The Post subsequently filed on Oct. 10 a more broadly worded FOIA request asking the Secret Service for “[e]mails that refer to visitors to President Biden’s residences” during his time in office. The agency acknowledged the request but has not yet provided a substantive reply.

It’s unclear if there truly is no centralized record of who visits Biden in his home state, where he’s spent nearly one-fourth of days since taking office. At the White House complex itself, a computer system known as WAVES (Worker and Visitor Entry System) keeps tabs on who visits.

It’s possible that the Secret Service is playing word games by technically deeming the records to belong to the White House even though the protective agency maintains them, creating what transparency advocates call a “shell game.”

If the agency truly doesn’t keep records, however, experts say the Secret Service likely has at least some written record of who visits the president.

“If the Secret Service is doing its job, there has to be visitor records,” Tom Fitton, president of conservative transparency group Judicial Watch, told The Post in October. “If there aren’t any records, the scandal is much bigger than just a lack of transparency.”

The group Citizens for Responsibility and Ethics in Washington (CREW) successfully sued to obtain records of visitors to former President Donald Trump’s Mar-a-Lago resort in Florida, but the group walked away with little more than a 22-name list of a 2017 Japanese delegation’s visitors.

“While we won access to those records, we never got much, as the Secret Service came out and said they were not vetting the president’s meetings, the Trump Organization was,” CREW spokesperson Jordan Libowitz told The Post in April, when the Secret Service first claimed to have no Delaware logs.

Unlike Trump, Biden doesn’t have a large business entity vetting his visitors and providing its own security processes.

Although then-White House press secretary Jen Psaki disclosed just one dog attack on March 9, 2021, Secret Service emails revealed that Major had just bitten agents for eight days in a row from March 1-8 as well as a White House visitor — after biting the thigh, arm and buttocks of two agents in Wilmington Feb. 28.

As vice president and in the years that followed, Joe Biden regularly interacted with his son Hunter and brother James’ international business associates — representing interests in China, Kazakhstan, Mexico, Russia and Ukraine — heightening interest in the elder Biden’s Delaware guests. 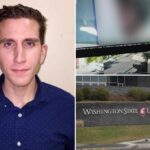 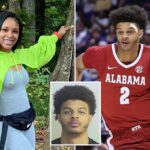