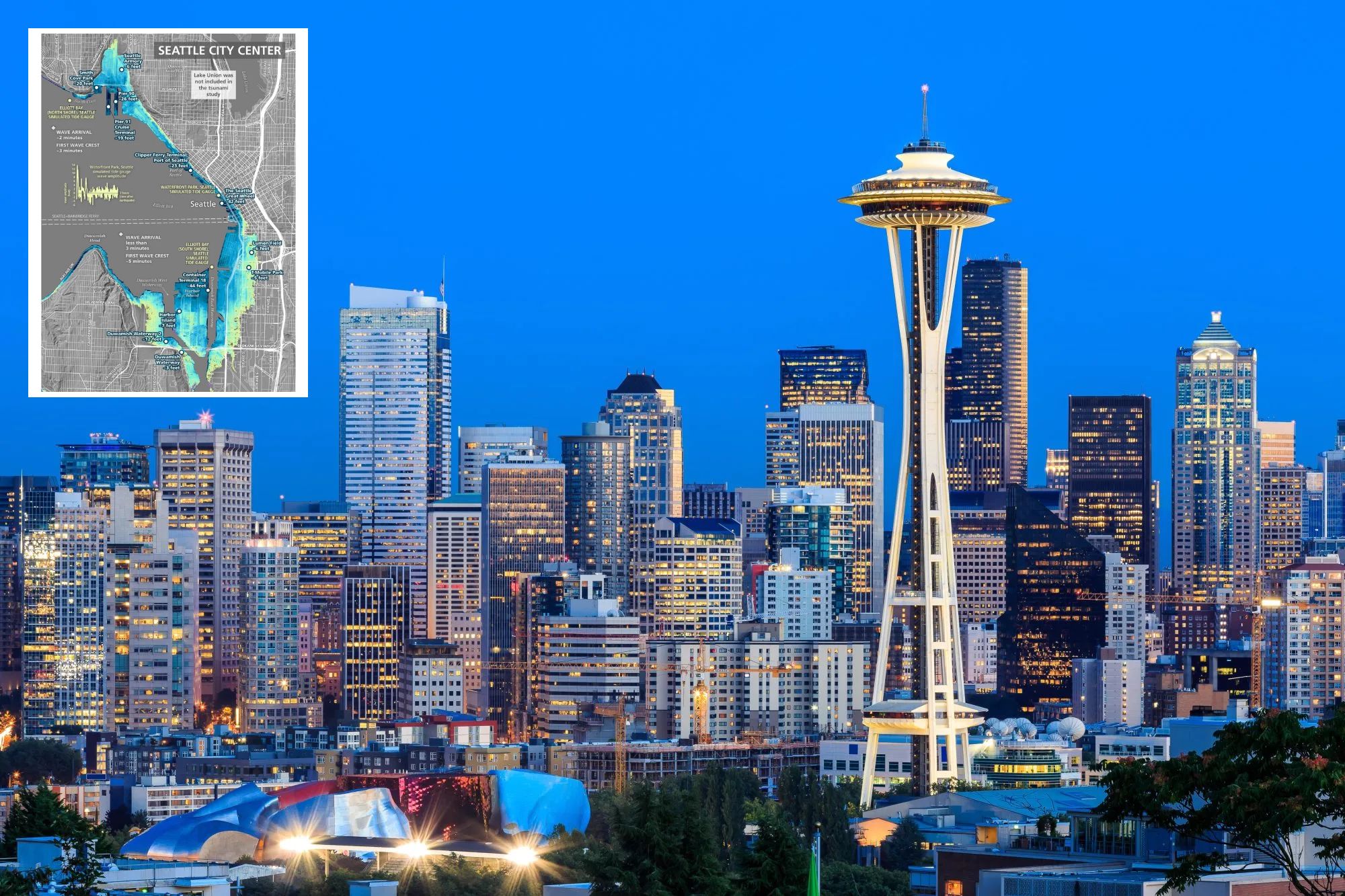 A future major earthquake centered under Seattle’s Puget Sound could trigger a tsunami that would bury the waterfronts under 20 feet of water for hours, according to a new study released Thursday by the Washington State Department of Natural Resources.

The study shows the potential aftermath of a tsunami triggered by a magnitude 7.5 earthquake along the Seattle Fault zone, which crosses east and west through the Puget Sound and downtown Seattle.

Scientists say those along the Seattle-area waterfronts and islands across the Sound would have only about three minutes after the quake before the tsunami would arrive. Waves could reach as high as 42 feet along the downtown Seattle Waterfront near the Great Wheel, with floodwaters several feet deep eventually inundating Lumen Field and T-Mobile Park, home to the Seattle Seahawks and Mariners, respectively.

The inundation would last as long as three hours and could keep waters as deep as 20 feet, the study found. Floodwaters would spread up and down the inland sea, flooding Tacoma – 30 miles to the south – under 6 feet of water as far as three miles inland.

Experts say the last known earthquake to happen in the Seattle Fault happened about 1,100 years ago. Geological evidence shows that it was powerful enough to thrust the beach at Restoration Point on Bainbridge Island upward by 23 feet, while dropping land at Seattle’s West Point by three feet, according to the DNR. If another earthquake happens, the study suggests that the land level changes could create an entirely new shoreline in many locations near the Seattle Fault zone.

Despite the major time gap since the last earthquake, Scientists say another earthquake is still possible. Geological evidence shows there were five additional earthquakes averaging a magnitude of 6.5 in the Seattle Fault zone in the last 3,500 years.

“Although the chances of this happening in our lifetime is low, it’s important for families to get prepared now,” Maximilian Dixon, the hazards and outreach program supervisor for the Washington Emergency Management Division, said in a press release announcing the study. “The ground shaking will be your warning that a tsunami may be on the way. Make sure you know where the closest high ground is and the quickest route to get there. Get signed up for tsunami and local alerts.”

Seattle Mayor Bruce Harrell says studies like this are a critical tool for the city to understand risks and prepare for future emergencies.

But emergency officials acknowledge the study’s results “can be scary” but stress that the study used a “maximum considered event,” meaning it has a low probability of occurring.

“This sounds legitimately terrifying. We get it. This earthquake could happen before an alert hits your phone,” said officials with the Washington Department of Emergency Management. “If you feel an earthquake, drop, cover and hold on, then evacuate to high ground and get as far inland as you can as quickly as possible.”