Seattle’s morgue is running out of room for bodies, which are piling up from fatal fentanyl overdoses, according to reports.

Space issues have become so acute at the Seattle-King County morgue in Washington state that local officials are considering keeping bodies on gurneys and partnering with local funeral homes for storage as stopgap measures.

“A key indication of just how bad things are … the medical examiner’s office is now struggling with the issue of storing bodies because the fentanyl-related death toll continues to climb,” Seattle-King County Public Health Director Dr. Faisal Khan said at a Board of Health meeting last week, according to KTTH radio.

“Obviously, they have finite space in the coolers they use, and that space in now being exceeded on a regular basis,” Khan said.

Fentanyl, a potent synthetic opioid, continues to devastate large portions of the country, with law enforcement and health officials sounding the alarm from Florida to California.

Khan told those at the meeting that fentanyl deaths have wrought havoc on Seattle and beyond, with the deadly epidemic worsening markedly over the past decade and intensifying in recent years.

Khan said he expects the city’s final 2022 fentanyl death toll to be more than triple the number from just three years ago.

Thirty-five people have already died from fentanyl overdoses this year in the Seattle area, according to Fox News.

The federal Drug Enforcement Agency said last month that it seized enough fentanyl doses to kill every American in 2022 and that it expects the flow of the illegal narcotic to continue this year.

The agency said the opioid is primarily trafficked by the Mexican Sinaloa and Jalisco cartels after being mass-produced at secret factories with chemicals procured from China. 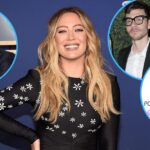 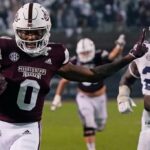