A search is underway for a beloved Arizona couple who vanished while kayaking in Mexico on Thanksgiving, local officials say.

Corey Allen and his wife Yeon-Su Kim were on the water with their daughter around 1 p.m. when strong winds picked up at Rocky Point, according to a GoFundMe page to help find the couple.

Allen brought his daughter to the beach shore, and then went back for his wife, fundraising organizer Lisa Aumack said.

“The strong winds and currents made their return to shore impossible, and neither they nor their kayaks have been found as of Sunday morning,” the posted stated.

Funds raised by the campaign, which a GoFundMe spokesperson said was verified, will go toward the search effort.

Local authorities confirmed in a tweet a multi-agency effort was launched to find Allen and Kim, including help from the country’s Navy. Volunteers have also pitched in to help in the search across air, land and sea, authorities said.

Puerto Peñasco, also known as Rocky Point, is a popular destination for Arizona residents. It’s a more than five hour drive from Flagstaff, where the missing couple live.

Friends were holding out hope the pair would be found safe.

“Corey and Yeon-Su are valuable members of the Flagstaff community,” friend of 13 years Shelly Thomas told Fox 10. “They are amazing friends and wonderful parents to two exceptional kids. We are praying that they are found alive and able to be brought back to their kids who love them and depend on them.”

Allen is a real estate agent; Kim is a professor at Northern Arizona University.

“They are just the nicest family. I mean, I know you interview people and people tell you that, but they really are,” friend Bryn DeFusco told AZ Family.

“They are so lovely and warm and engaging.” 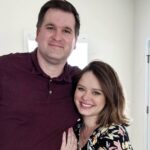 Are Kirlyam and Alan Still Together? 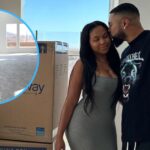