The search for missing 4-year-old Oklahoma girl Athena Brownfield has now become a “recovery operation” aimed at finding her remains — after newly released court records claimed she was beaten to death by her caretaker on Christmas Day and buried next to a fence.

An affidavit supporting the arrest of 36-year-old Ivon Adams on charges of first-degree murder and child neglect — released Tuesday and cited by Fox 25 — alleged that his wife, Alysia Adams, confessed that her husband beat Athena before midnight on Dec. 25 and held her by the arms in their Cyril home.

The 4-year-old was described as not moving and having her eyes barely open.

Ivon then allegedly laid the girl down on the ground and punched her three more times in the chest area, leaving her motionless.

Ivon left with Athena’s lifeless body at around 1 a.m. on Dec. 26, according to the court document.

When he returned home by himself, he allegedly told his wife that he had buried Athena near a fence line next to their old residence in the Rush Springs, Oklahoma, area, which is about 30 minutes away.

“He informed her he placed a large broken branch over the burial site,” the affidavit stated.

The filing also alleged that a review of phone records showed that Ivon’s phone traveled to the Rush Springs springs area that morning.

The Oklahoma State Bureau of Investigation (OSBI) confirmed in a press release Monday that the agency was looking for the body of Athena, missing since last week.

OSBI asked civilians not to join the search, warning them that they could end up trespassing or contaminating potential evidence.

Authorities learned of Athena’s disappearance after a postal carrier found her 5-year-old sister wandering alone on Jan. 10 outside the couple’s Cyril home, where they had been looking after the two girls.

Ivon Adams was arrested last Thursday in Phoenix and is awaiting extradition to Oklahoma.

Alysia Adams, 31, was arrested in Oklahoma and faces two counts of child neglect. The OSBI said she is related to the sisters but did not reveal how.

The sisters’ biological parents have been interviewed by authorities and are cooperating with the investigation, the OSBI said. Athena’s sister was taken into protective custody.

According to the agency, the two girls had been in the Adamses’ care for close to two years.

During that time, the couple allegedly never took the girls to the doctor for checkups and did not enroll Athena’s sister in school. 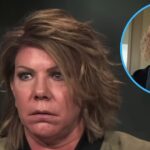 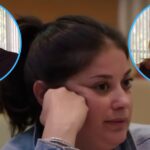