An Australian school community sent thousands into a panic after photos of a “meteor landing” in the playground were posted online and shared around the world.

Images of suited-up scientists examining what looked like a rock from space that had torn up the bitumen of Corpus Christi Catholic School in Lauderdale, near Hobart, led some to believe that it was a real meteor strike.

The story was picked up by a local radio station and pictures of the event reached as far as Sri Lanka.

However, the unbelievable event was less extraterrestrial and more educational, as it was a part of the school’s Meteorite Discovery Day put on for students.

“We‘re trying to foster inquiries-based learning for the students, and we figured a great way to do that was to do something pretty wild,” Deputy Principal Ben Morgan told NCA NewsWire.

Both Tasmanian Police and the local fire brigade were forced to declare the scene false after initial photos created a stir.

“Lauderdale 4.1 and Police are on the scene of a meteorite which is crashed into the front of Corpus Christi Catholic School … The simulated set has certainly caught the eye of the students and budding scientists. This has been setup as a discovery day learning opportunity and is not #real!” Lauderdale Fire Brigade said on Facebook.

Students were shocked to arrive at school on Monday to see the “simulated learning activity” right in the middle of the courtyard.

“They were pretty amazed when they got here and immediately began asking a lot of questions,” Mr. Morgan said.

The school was forced to put out a statement confirming that the scene was fake after initial photos went viral, causing a stir among those who thought a real meteor had hit the school.

“We didn‘t expect it to go as big as it did on Facebook, it’s even been shared in Sri Lanka,” Mr. Morgan said.

The school has been praised for the unique experience, with real scientists also brought on-board to assist the kids with their learning.

“There’s a lot of learning that’s happening, the kids are working out how to remove it, they’re creating machines figuring out how to lift it and how to measure it,” Mr. Morgan said.

The local community has come together to truly make this a day to never forget at the school, with police and firefighters on the scene to help make the scenario as real as possible. 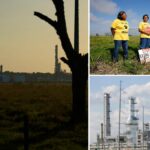 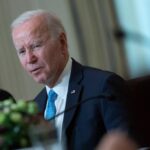