A Tennessee school resource officer is being praised for his inventive multi-tasking after making a drug bust while greeting elementary students.

SRO Josh Alexander of the Franklin County Sheriff’s Office was meeting with youngsters at Sewanee Elementary School on Thursday morning when he got a whiff of marijuana coming from a produce delivery truck on the school property, the office confirmed in a statement.

Alexander spoke with the delivery driver, who confirmed there were illicit drugs in the vehicle.

A cursory search of the truck’s cab unearthed 7.6 ounces of what is believed to be fentanyl, nine ounces of marijuana, a loaded handgun, and over $4,000 cash. The driver, Christopher James Duncan, was then arrested.

Sheriff’s Office wrote that Duncan is facing several charges, including controlled substances possession with the intent to manufacture, deliver, or sell, and unlawful possession of a weapon. His bond is set at $250,000.

In addition to Sewanee Elementary, Duncan made two deliveries earlier that morning to the nearby Cowan and Huntland Elementary Schools. All deliveries were subsequently isolated and seized, the Sheriff’s Office wrote.

Pictures shared on Facebook show include Duncan’s mugshot and a photo of the delivery truck, as well as images of Alexander and other officers alongside the seized contraband.

Locals took to social media to praise Alexander’s ingenuity, with one user commenting “This is a prime example of the importance of School Resource Officers in our schools.” “Thank you, Josh Alexander for keeping our children safe!” another wrote.

SRO Alexander’s discovery comes amid rising concerns about the prevalence of fentanyl, a deadly synthetic opioid that is 50 to 100 times more potent than morphine. Late last month, Oregon police seized enough of the substance to kill 4 million people from a slumped over driver.

“Without laboratory testing, there is no way to know how much fentanyl is concentrated in a pill or powder,” the department cautioned at the time. “It should be assumed that any illicit drug could contain fentanyl.” 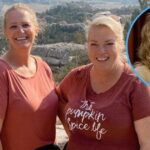 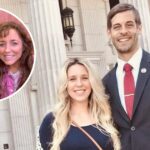