At least one official at the Virginia school where a six-year-old boy shot his teacher last week knew the child had brought a 9mm gun with him to class hours before the shooting, but did not take the weapon away, the Newport News school superintendent revealed.

School system Superintendent George Parker told parents during an online town hall Thursday night an unnamed administrator at Richneck Elementary School was notified about the gun in the first-grader’s possession ahead of time.

“At least one administrator was notified of a possible weapon in the timeline that we’re reviewing and was aware that that student had … a weapon on campus,” the superintendent told parents.

The boy’s backpack was searched, but no gun was found. Two-and-a-half hours later, the 6-year-old pointed his mother’s 9mm Taurus handgun at teacher Abigail Zwerner and shot her in class.

The Newport News police chief has previously said the boy brought the gun to school in his backpack.

Details about how the administrator learned about the handgun and why it wasn’t found and seized in time weren’t immediately available.

The virtual town hall was for parents only but the station WAVY-TV broadcast it after gaining access to the meeting from a parent.

Parker told parents that security measuring at local schools will be beefed up, beginning with Richneck Elementary, which will be equipped with a separation wall and doors to the second-grade hallway,  a buzzer system and double entranceway.

The superintendent also said he was considering requiring clear plastic backpacks for students.

During a press conference earlier Thursday, Newport News School Board Chair Lisa Surles-Law announced that metal detectors will be installed at all local schools.

The board got the green light Wednesday to buy 90 walk-through metal detectors and has already begun ordering them, said Surles-Law.

Some schools will be outfitted with multiple detectors, reported 12 News Now. Surles-Law did not disclose the total cost of the devices.

The first state-of-the-art detectors will be installed at Richneck Elementary School, where first-grade teacher Abigial Zwerner was shot in the hand and chest on Jan. 6.

Superintendent George Parker said earlier this week that the city already uses metal detectors and random searches in high schools and middle schools, but not at elementary schools.

Surles-Law said last week’s shooting changed that, adding she was sorry it happened “during their watch.”

“The time is now to put metal detectors in all of our schools,” she added at a news conference.

Richneck Elementary has been closed since the incident a week ago and a date for its reopening has not been set yet.

As of Thursday, parents hadn’t been told if their kids will have to go back to the same classroom where the teacher was shot.

When students do resume in-person instruction, they will be walking through a metal detector, despite Superintendent Parker’s initial misgivings about making local schools look “anything like a prison.”

“This incident right here will cause us to rethink how we handle our youngest children,” he said.

The Jan. 6 shooting occurred as Zwerner was teaching her class. Authorities said there was no warning and no struggle before the 6-year-old boy pointed a 9mm Taurus handgun at the teacher and fired one round.

The bullet pierced Zwerner’s hand and struck her chest. The 25-year-old ushered her students out of the classroom before collapsing in an office and being rushed to the hospital in critical condition, which has since been upgraded to stable.

Police Chief Steve Drew has described the shooting as “intentional.” A judge will determine what’s next for the unnamed underage shooter, who is being held at a medical facility following an emergency custody order.

Drew said the boy used his mother’s gun, which had been purchased legally. It’s unclear how he gained access to the weapon.

A Virginia law prohibits leaving a loaded gun where it is accessible to a child under 14, a misdemeanor crime punishable with a maximum one-year prison sentence and $2,500 fine. 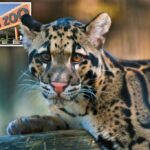 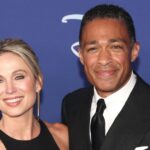