An ex-elementary school counselor in West Virginia will spend the next 25 years in prison after he received videos from girls who performed dance routines with only sports bras and shorts on, federal prosecutors announced Monday in the sickening case.

Todd Roatsey, a former counselor at Pinch Elementary School, used his position and the social media app Snapchat to connect with several minors while he posed as an 18-year-old, according to the US Attorney’s Office for the Southern District of West Virginia. The 43-year-old was sentenced to 25 years behind bars after he pleaded guilty to child exploitation crimes earlier this year.

“As an elementary school counselor, Roatsey intentionally placed himself in a position of trust over the kinds of children to whom he was sexually attracted,” he said in a statement.

“In our communities, schools are the only constant for a lot of children. A lot of the time, school is the safe place. The fact that Mr. Roatsey made this not a safe place was, I find, to be very horrific.”

He then used his Snapchat account to message several other girls he knew from Pinch Elementary that included more than 100 videos he recorded while communicating with two of the girls, who were both around 12 years old, the feds said. One of the victims was a student at Pinch Elementary at the time, prosecutors said.

He received numerous videos of the girls performing what he called “sexy” dances or gymnastic poses like full backbends, according to prosecutors. The girls only wore the athletic bras and shorts on video while Roatsey admitted to telling the girls they were “hot” and “sexy.”

Thompson said during a press conference Roatsey “eroded that trust” that students and parents should expect from school staffers.

He fears the victims could be “paying the price for this for years to come.”

By deleting the account, the US Attorney’s Office said he made various records inaccessible to law enforcement for further prosecution.

Roatsey will have a lifetime of supervised release after he gets out of prison and is required to be registered as a sex offender. He also needs to pay victims $23,000 in restitution.

He pleaded guilty to attempted production of child pornography and attempted enticement of a minor in June. 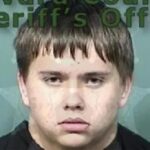 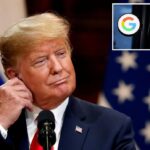