Savannah, 25, took to her Instagram Stories on Monday, November 21, to post a quote from pastor Kimberly Jones, also known as Real Talk Kim, that implied she didn’t have to explain her family to anyone.

“Noah didn’t stop building the ark to explain himself to everyone who doubted and hated on him,” the post read. “Keep building your ark. The rain will do the talking.”

Meanwhile, Lindsie – who was estranged from Todd, 53, from 2019 until the summer of 2022 – revealed she’s leaning on her friends during the difficult time. She posted a clip of two of her friends sitting on a bed, which she captioned, “The best girlfriends, show up in the bad times with hugs and champagne.” The sentiment was echoed as Lindsie, 33, set Bruno Mars’ “Count on Me” to play in the background.

Savannah and Lindsie shared the posts shortly after Todd and Julie, 49, were sentenced to 12 and seven years in prison respectively due to their involvement in a high-profile tax evasion case, In Touch confirmed. Judge Eleanor Ross of the Atlanta federal court made the decision on November 21. In addition to their prison sentence, both Chrisley Knows Best stars received 16 months of probation.

In addition to Savannah, the couple share kids Chase Chrisley and Grayson Chrisley. Todd shares Lindsie and Kyle Chrisley with his ex-wife, Teresa Terry. The pair also have custody of their granddaughter, Chloe.

In June, Todd and Julie were both charged with bank fraud, conspiracy to commit bank fraud, tax fraud and conspiracy to defraud the United States. Additionally, Julie was charged with both obstruction of justice and wire fraud. Despite the severe charges, the couple insisted they were innocent and argued that an outside entity had control over their financial decisions.

While in court, Todd’s lawyers asserted that he should not serve more than nine years behind bars. Meanwhile, Julie’s legal team argued that she shouldn’t be given any prison time and instead serve probation.

The reality stars learned their prison sentence five months after Todd and Julie were found guilty by an unanimous jury on charges of tax evasion and criminal bank fraud. Prosecutors argued that the couple – who tied the knot in 1996 – were the recipients of $30 million in fraudulent bank loans and used a self-managed production company to evade the IRS.

One day before Todd and Julie’s sentencing, their accountant, Peter Tarantino, was sentenced to serve three years behind bars. He was found guilty after filing two corporate tax returns on the USA Network stars’ behalf that turned out to be fraudulent. He will start his sentence in May 2023 after he recovers from recent hip surgery. 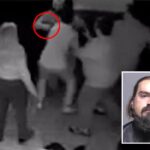 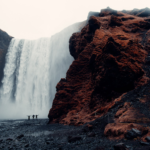 How To Travel Comfortably For Weeks On End