These guys just wound up on someone’s naughty list.

A group Santa Clauses in India was reportedly attacked and beaten by Hindu nationalists at a winter carnival on Friday.

The Santas were giving out free chocolates and Christian books to visitors at a zoo in the western city of Ahmedabad when they were attacked by members of Bajrang Dal, a Hindi nationalist militant organization in India, according to the New Indian Express.

“When we went there to protest against the people who were doing religious conversion activity, there was a clash with some of them,” North Gujarat Bajrang Dal president Javalit Mehta told the news site.

A video of showing two men dressed as St. Nick being beaten went viral on social media, according the Times of India, which noted the incident was not reported to the police.

The Santas were apparently told to “go back” to their churches, the New Indian Express said.

“For the past four days of the Kankaria Carnival, missionaries have been promoting Christianity by selling books dressed as Santa Claus near the entry of the zoo and promoting conversion activities by explaining about Jesus and Christianity,” a spokesman for the right-wing nationalist organization Vishva Hindu Parishad told local media.

“On being informed about the matter, 20 activists led by North Gujarat president of Bajrang Dal Javalit Mehta stopped the conversion activity in the government program at around 9 pm on Friday.”

The seven-day carnival was sponsored by the local government, and it celebrated Christmas Day as “Good Governance Day” to commemorate the birthday of former Prime Minister Atal Bihari Vajpayee. 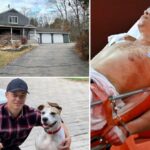 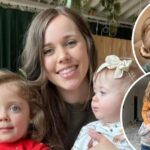