San Francisco police robots won’t be allowed to use deadly force — yet.

The city’s Board of Supervisors voted Tuesday to suspend a controversial policy allowing police to deploy potentially lethal, remote-controlled robots in emergency situations one week after approving it, SF Gate reported.

The 8-3 reversal vote does not formally end the policy. The ordinance will be sent back to the city’s rules committee for modifications.

Five board members reversed their decision to arm its existing police robot force with explosives after facing severe backlash throughout the country. Protesters gathered on the steps of City Hall Monday to stop police from accessing the “robot-killers,” the San Francisco Standard reported.

The proposal would allow the police department to use its 17 robots during arrests, critical incidents, the execution of a warrant and during “suspicious device assessments,” the draft policy states.

Before approving the policy last week, the board members amended it to specify that only high-ranking officers would be authorized to control the robots’ deadly force option and that the robots would only be used after cops attempted alternative force or other de-escalation tactics.

“Even with additional guardrails, I’ve grown increasingly uncomfortable with our vote & the precedent it sets for other cities without as strong a commitment to police accountability,” board member Gordon Mar, one of the supervisors who changed his vote Tuesday, tweeted.

“I do not think making state violence more remote, distanced, & less human is a step forward.”

While the city continues to consider the controversial policy, the supervisors allowed police to use the robots — without weapons attached — to check out potentially dangerous situations rather than send in its men, according to Click Orlando.

“Having robots that have eyes and ears and can remove bombs, which happens from time to time, is something that we want the police department to do while we continue to have this very controversial discussion,” said Supervisor Aaron Peskin. 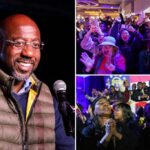