The San Francisco art gallery owner who was recorded spraying a homeless woman with a garden house was hit with misdemeanor battery charges Wednesday, authorities said.

Shannon Collier Gwin was arrested at his Foster Gwin Gallery in the city’s Jackson Square neighborhood — the same place a viral video captured him hosing down the woman for lying on the sidewalk earlier this month.

“The alleged battery of an unhoused member of our community is completely unacceptable. Mr. Gwin will face appropriate consequences for his actions,” District Attorney Brooke Jenkins said in a statement.

Gwin had admitted to blasting the woman with a garden house well before he was arrested for the incident, but has since publicly apologized after the video garnered thousands of views.

“I’m deeply apologetic and abhorred when I watch that video,” he told ABC 7 Sunday, adding that he “completely broke” due to frustration with the city’s enduring homeless problem.

In the clip, a fed-up, but calm Gwin can be seen dousing the woman as she screams.

“Are you gonna move?” Gwin is heard yelling. “Move.”

Gwin told the San Fransisco Chronicle that the woman, identified as “Cora,” had been behaving belligerently just before he turned the hose on her. He claimed she turned his trashcans upside down, was spitting on him and verbally berating him.

Despite her frequently hostile behavior, Gwin said he had a soft spot for the woman and had let her sleep in the entryway of his gallery for multiple days. He had called social services and police in an effort to get her help, but found they let her back after several days and she returned.

San Fransisco police became involved after someone called in a possible assault. Officers interviewed both Gwin and the homeless woman, but investigators waited another nine days to bring down charges against Gwin, the cops said.

Since the hosing video went viral, authorities said Gwin’s gallery has been vandalized.

“The vandalism at Foster Gwin gallery is also completely unacceptable and must stop – two wrongs do not make a right,” District Attorney Jenkins said Wednesday. 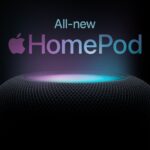 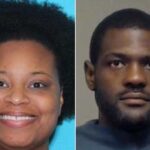