A demonstrator who admitted to hurling a Molotov cocktail at an NYPD van occupied by four cops during the 2020 George Floyd protests in Brooklyn was sentenced to six years in prison Tuesday.

Brooklyn federal Judge Dora Irizarry imposed the sentence on Samantha Shader, 29, after snapping at her court-appointed attorney — whom she accused of trying to raise a defense despite her client pleading guilty to arson for the attempted firebombing.

Shader’s attorney, Amanda David, argued that her client had been drinking and doing drugs before she chucked the incendiary device at the police van in Crown Heights on May 29, 2020, as she asked the judge for a five-year sentence.

But Irizarry chided the lawyer, claiming she was mounting an improper legal defense before the sentencing.

“You can’t speak out of both sides of your mouth,” she added.

The judge also interrupted David when the attorney argued Shader broke down in tears following her arrest — when she allegedly found out the van was full of police officers.

Irizarry said it was “really hard to believe she did not see individuals in the vehicle.”

“There’s just no way she could not have seen there were people in the vehicle,” she said.

The judge’s tongue-lashing continued when David raised psychiatric treatment Shader had been provided by the Federal Defenders of New York since her incarceration at a federal jail in Brooklyn.

Shader, of Saugerties, has been given 70 hours of treatment at the Metropolitan Detention Center — a significant amount given that most inmates repped by the federal defenders are people of color who get no treatment behind bars, Irizarry noted.

Irizarry added that she’s seen many defendants who suffered worse trauma than Shader who never had treatment afforded to them.

When asked why that was the case, David dodged the question, again spurring the judge’s ire.

“You’re not answering my question. You can continue because I don’t expect you to,” she told David.

The head attorney for the Federal Defenders in Brooklyn said in an email that Irizarry’s characterization is inaccurate.

“Judge Irizarry only sees the cases before her, which are hardly a representative sample.  Her extrapolation is an inaccurate one,” attorney Deirdre von Dornum said.

“I’m glad our organization was able to help Ms. Shader get some crumb of comfort while incarcerated, and I am saddened by the 72-month sentence that was imposed on her, which is far outside the norm for defendants prosecuted for the same conduct both within this district and nationally,” von Dornum added.

Before Irizarry handed down the sentence, Shader apologized for the attempted firebombing, once speaking directly to an NYPD inspector at the hearing who was identified in court as a victim of the attack.

“I’m sorry for what I did. What I did was wrong and disrespectful. I’m truly sorry,” she said.

Prosecutor Jonathan Algor argued for Shader to be locked up for more than seven years, arguing she knew what she was doing that night and fully intended to “raise some hell” at the Brooklyn protest.

At her plea hearing, Shader said she lit a piece of paper on fire that was sticking out of a bottle she believed contained a flammable substance.

“I then threw the bottle at a parked New York City Police Department vehicle. I did so recklessly and with willful disregard of the possibility that damage could result,” she said.

The bottle shattered the parked van’s rear two windows but failed to ignite because Shader had used toilet paper instead of a rag as a fuse, prosecutors have alleged. No cops were injured in the attempted attack on Eastern Parkway near the Brooklyn Museum that night.

On Friday, Urooj Rahman, the first of two attorneys who pleaded guilty to firebombing an empty police van at another protest in Brooklyn, is scheduled to be sentenced. Colinford Mattis, who also pleaded guilty in June to conspiracy to commit arson and possess an explosive device, is set to be sentenced next month. 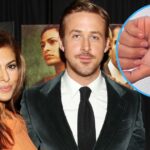 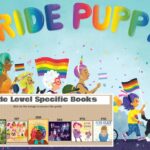