Disgraced crypto billionaire Sam Bankman-Fried’s relatives reportedly called the rodent-infested Bahamas prison where he is being held and asked if he could get vegan meals.

The founder of the collapsed cryptocurrency exchange FTX — who was charged this week with multiple financial crimes — has his own room in the maximum-security section of the Bahamas lockup that is known to be crawling with rats and maggots, unnamed sources told Bloomberg.

Bankman-Fried’s relatives called the Fox Hill jail in Nassau Tuesday night to request that vegan meals be provided to him, a source told the outlet.

The 30-year-old Bankman-Fried, known in crypto circles by his initials, “SBF,” was ordered earlier Tuesday to remain at the notorious jail through February 8 for his extradition hearing.

He was arrested this week on multiple charges stemming from allegations that he deceived FTX customers and investors to enrich himself and others.

He can’t receive visitors due to COVID-19 restrictions at the jail, which a warden once described as “not fit for humanity.”

A damning human rights report produced by the State Department last year stated that inmates at the only correctional facility in the Bahamas were forced to remove human waste by bucket and were confined to cramped, overcrowded cells overrun by vermin.

This is a far cry from the luxury compound where Bankman-Fried had been holed up prior to his arrest Monday.

Lawyers for Bankmann-Fried asked a judge Tuesday to release him on a $250,00 cash bail, with the former FTX mogul citing his vegan diet and his apparent attention deficit disorder (ADD) diagnosis requiring him to take medications as reasons to turn him loose.

It is unknown at this time which of Bankman-Fried’s family members phoned the jail seeking to make sure his dietary preferences were met — or whether their request was granted.

The accused crypto fraudster’s parents, Stanford law professors Joseph Bankman and Barbara Fried, attended the court hearing and exchanged hugs with their son after the presiding Chief Magistrate Joyann Ferguson-Pratt refused to set bail for him.

Bankman-Fried’s legal team signaled his intention to fight extradition to the US, where he faces eight federal charges, including wire fraud, money laundering and conspiracy, punishable by up to 115 years in prison.

Federal prosecutors said Bankman-Fried devised “a scheme and artifice to defraud” FTX’s customers and investors beginning in 2019, the year it was founded.

He illegally diverted their money to cover expenses, debts and risky trades at the crypto hedge fund he started in 2017, Alameda Research, and to make lavish real estate purchases and large political donations, prosecutors said in a 13-page indictment.

FTX filed for bankruptcy on Nov. 11, when it ran out of money after the cryptocurrency equivalent of a bank run. 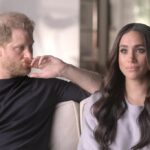 Harry and Meghan Markle accused of ‘treason’ against royals 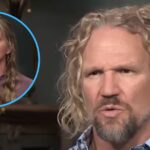