It’s a tale of two jails.

But should he fail to be get bail stateside, he would end up in another infamous lockup — this time Brooklyn’s troubled Metropolitan Detention Center, where inmates have suffered electricity blackouts and complained about brown drinking water.

Since his arrest in the Bahamas last Monday on US charges he defrauded investors to the tune of $1.8 billion, Bankman-Fried, 30, has been held in the island nation’s one detention facility in Nassau.

Fox Hill, which is reportedly overrun with rats and maggots, has been slammed as offering inadequate medical and sanitary conditions to inmates, according to reports.

A 2021 US State Department assessment cited the facility for “credible reports of degrading treatment of prisoners,” and “harsh” conditions caused by “overcrowding, poor nutrition, inadequate sanitation and inadequate medical care.”

But staff and attorneys have raised similar concerns about Brooklyn’s federal detention center in Sunset Park.

In September, the union representing corrections officers at the facility wrote a letter to the Bureau of Prison’s Office of Internal Affairs alleging severe staffing shortages had led to “hazardous conditions.”

“On any given day there are between 25-40 holes in the correctional services roster,” the letter, obtained by The Post, reads. “Such conditions are abusive and inhumane as inmates often receive meals untimely (sic), have no access to hygiene products or the ability to shower, and lack access to adequate medical care.”

“Forcing employees to work overtime in excess of 32-40 additional hours a week is unfair, and is a safety concern for all,” the union added.

Deirdre von Dornum, the Attorney-in-Charge for the Federal Defenders in Brooklyn — which represents many of those held in the facility — told The Post the staffing shortages amounted to effective solitary confinement for many detainees.

“They just lock everyone in 23 hours a day as though they’re in solitary,” von Dornum said.

The situation has been exacerbated by last year’s closing of the federal Metropolitan Correctional Center in lower Manhattan, which flooded MDC Brooklyn with more inmates.

“Because they moved everyone from MCC, the population increased, but the staff did not,” von Dornum said.

Over the past six months, the attorney said, her clients had reported “serious and ongoing problems with people not getting enough food.”

Von Dornum also said she’s been told of ongoing issues with the plumbing in the facility, with her clients reporting brown drinking water.

Neither MDC Brooklyn nor the federal Bureau of Prisons immediately responded to requests for comment Tuesday regarding staffing issues.

The facility, which holds both pre-trial detainees as well as those serving short federal sentences, currently holds over 1,500 inmates.

The MDC made headlines in 2019 after a power outage left inmates without heat or phones for a week.

In his request for bail in the Bahamas last Tuesday, Bankman-Fried asked to be released citing his vegan diet and apparent ADD diagnosis. His proposed $250,000 cash bail was denied after the judge felt he posed a flight risk.

The alleged crypto scammer is widely expected to seek bail again upon his return to the states. If granted, he could be released outright but told to stay in the US or possibly be placed under house arrest.

In an email to The Post on Monday, a Bureau of Prisons spokesperson confirmed Bankman-Fried could request vegan-friendly meals if he ended up in federal custody.

‘Tis The Season For Seasonal Staff! 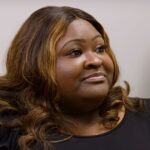