The eight-count indictment from the US attorney for the Southern District was unsealed Tuesday, just hours after the fallen FTX mogul was also charged by the SEC and as he awaited a court appearance in the Bahamas.

It accused the 30-year-old fallen mogul of having knowingly “devised” a scheme to “defraud” FTX customers.

The eighth charge accused Bankman-Fried — who was one of the largest political donors this year — of conspiracy to defraud the US and violate campaign finance laws.

It accused him of using “deceitful means” to skirt rules on how much he could donate, the charges allege.

He “knowingly and willfully” made “contributions to candidates for federal office, joint fundraising committees, and independent expenditure committees in the names of other persons, aggregating to $25,000 and more in a calendar year,” the filing said.

He also made such contributions “in the name of another person,” the filing said, without elaborating.

Those acts were “committed in the Southern District of New York and elsewhere,” the filing said, without detailing which candidates received the alleged illicit funding.

The charges led to Bankman-Fried’s arrest late Monday at his swanky home in the Bahamas, where hours earlier he had predicted he would not be busted.

As he awaited his first appearance before a magistrate in the Bahamas Tuesday, he was separately charged by the US Securities and Exchange Commission (SEC).

“We allege that Sam Bankman-Fried built a house of cards on a foundation of deception while telling investors that it was one of the safest buildings in crypto,” SEC Chair Gary Gensler said while revealing the civil complaint.

The SEC complaint says that “Bankman-Fried raised more than $1.8 billion from investors” who believed “that FTX had appropriate controls and risk management measures.”

“Unbeknownst to those investors (and to FTX’s trading customers), Bankman-Fried was orchestrating a massive, years-long fraud, diverting billions of dollars of the trading platform’s customer funds for his own personal benefit and to help grow his crypto empire.”

He is expected to appear before a magistrate on Tuesday, marking the first in-person public appearance by the fallen crypto king once estimated to be worth $32 billion.

Bankman-Fried had been scheduled to be grilled Tuesday by US lawmakers on Capitol Hill in Washington, DC.

Hours before he was nabbed, he said he would be testifying remotely before the House Financial Services Committee because he was “quite overbooked” and had security concerns about traveling to DC.

That congressional hearing will still be held Tuesday despite Bankman-Fried’s arrest.

The Bahamian attorney general’s office said Monday it expected to aid in Bankman-Fried’s extradition to the US. It wasn’t immediately clear how quickly that would occur.

A spokesman for Bankman-Fried had no comment Monday evening. Bankman-Fried has a right to contest his extradition, which could delay but not likely stop his transfer to the US. 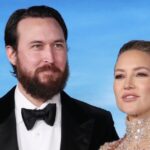 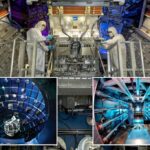 What is nuclear fusion, and why Tuesday’s announcement important