A special operations veteran shared new details about his elite team’s capture of Saddam Hussein in an interview nearly two decades after the secret mission.

Retired Army Master General Sergeant Kevin Holland said his Delta Force team told the former Iraqi president and dictator that “President Bush sends his regards” when they pulled him out of a hole where he’d been hiding underground in 2003.

Holland described the mission on a Dec. 7 episode of a podcast hosted by a Navy seal veteran called “Danger Close.”

He said his elite team received “human intel” that led them to a hole in the ground in a small agricultural town in Iraq.

The hole was covered with a layer of leaves and sand, and plugged with styrofoam to obscure its location. It had a small pipe sticking up to allow oxygen to flow, Holland said.

He and his squadron uncovered and unplugged the hole and saw it was lined with bricks like someone was hiding in it. They threw a grenade into it and then heard a voice speaking Arabic that gradually grew louder.

“Then hands come out of the hole and a big bushy head of hair and then we grab him and jerk him out — and it [was] like ‘well, that’s him,’” Holland said.

He said the moment was surreal added despite having gotten a tip that Hussein was taking cover in the hole.

Holland recalled one of his fellow squad members who helped pull out the deposed Iraqi president saying “Holy cow, it’s him” in shock.

Hussein was armed with a Glock 18 so another Delta Force member — who Holland described only as “a big Texan” — “nails him in the mouth” to get the gun away, he said. He added that President Bush now has that gun.

The dictator then tried to plead with the American team.

“He just said he was the president of Iraq and he’s ready to negotiate,” Holland said. “He said that in English.”

The highly-honored veteran said he could sense Hussein was evil from just his presence.

“You could feel he was just an evil guy. He had this presence about him that was very unnerving,” Holland said.

After his capture, he was transferred to the custody of the Iraqi interim government. He was tried and convicted by an Iraqi court of crimes against humanity for his involvement in a 1982 mass killing of Shia rebels. 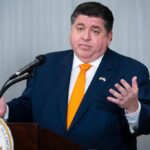 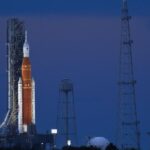