Native American activist Sacheen Littlefeather — who cemented her place in history when she declined actor Marlon Brando’s Oscar at the 1973 Academy Awards — died at age 75 Sunday.

Littlefeather died around noon surrounded by loved ones in her home in Novato, California, according to her caretaker. She had been battling breast cancer since at least 2018 and the disease metastasized in recent years.

Her death came just two weeks after she was honored in a celebration hosted by the Academy of Motion Picture Arts and Sciences, where she spoke of her impending end.

“I’m crossing over soon to the spirit world and you know, I’m not afraid to die,” she said at the event. “Because we come from a we/us/our society. We don’t come from a me/I/myself society. And we learn to give away from a very young age. When we are honored, we give.”

The Academy, which announced her death Sunday night, had formally apologized to Littlefeather in June for its treatment of her following the 1973 Oscars.

Littlefeather, who was 26 at the time, had attended the award ceremony in place of Brando, who had decided to boycott the awards in protest of Hollywood’s portrayal and treatment of Native Americans and to acknowledge the ongoing American Indian Movement occupation of Wounded Knee.

The activist — and actress herself — took to the stage and rejected the Oscar Brando won for “The Godfather” and delivered a speech denouncing the treatment of Native Americans at his request.

Littlefeather, wearing traditional Apache attire, told the star-studded audience at the Dorothy Chandler Pavilion as well as 86 million viewers watching from home that Brando would not be accepting the award.

“He very regretfully cannot accept this very generous award and the reasons for this being are the treatment of American Indians today by the film industry and on television in movie reruns, and also with recent happenings at Wounded Knee,” Littlefeather said to a mix of applause and boos.

Brando had handed her a speech he wrote that was eight pages long, but she was unable to read it all under the time constraints of the awards ceremony. The New York Times published the full speech three days later.

Following her appearance, Littlefeather faced significant backlash from media outlets and conservative Hollywood elites. She later said the protest stunt killed her acting career — as she said her guild membership was revoked and she was basically blacklisted from the industry.

“I was blacklisted — or, you could say, ‘redlisted,’” Littlefeather said in a 2018 documentary about her life. “Johnny Carson, Dick Cavett and others didn’t want me on their shows. … The doors were closed tight, never to reopen.”

Nearly 50 years later, this June, she finally received an apology from the Academy.

“The abuse you endured because of this statement was unwarranted and unjustified,” then-AMPAS president David Rubin wrote in a June 18 letter to Littlefeather. “The emotional burden you have lived through and the cost to your own career in our industry are irreparable.”

Rubin both apologized and praised the activist.

“For too long the courage you showed has been unacknowledged,” he said. “For this, we offer both our deepest apologies and our sincere admiration.”

“I was stunned. I never thought I’d live to see the day I would be hearing this, experiencing this,” Littlefeather told The Hollywood Reporter in August. “When I was at the podium in 1973, I stood there alone.”

Last month, the Academy held an evening of reflection with Littlefeather as its guest of honor at the Academy Museum.

“I am here accepting this apology, not only for me alone but as acknowledgment, knowing that it was not only for me, but for all of our nations that also need to hear and deserve this apology tonight,” she said at the ceremony. “Look at our people. Look at each other and be proud that we stand as survivors, all of us.”

Littlefeather was born Marie Louise Cruz in Salinas, California on Nov. 14, 1946. Her father was Apache and Yaqui, while her mother was white. She was raised primarily by her maternal grandparents and began connecting with her Native roots while attending California State University, where she found other activists who renamed her.

She participated in the Native occupation attempt to reclaim Alcatraz Island in 1969 and served as president of the National Native American Affirmative Image Committee while working on her acting career.

Littlefeather later left Hollywood and began a career in holistic health with a focus on traditional Native medicines.

She also co-founded the nonprofit National American Indian Performing Arts Registry in the 1980s and continued to be an advocate for Native American representation in Hollywood throughout her life.

Two weeks ago, at the Academy Museum event, Littlefeather asked others to stand in their truths in memory of her.

“Please, when I’m gone, always be reminded that whenever you stand for your truth, you will be keeping my voice, and the voices of our nations, and our people, alive,” she said. 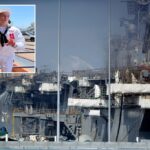 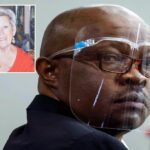