Russian Foreign Minister Sergey Lavrov blamed the US and Ukraine’s other Western allies for undermining the prospect of peace talks during the early months of the war.

“It is well known that we supported the proposal of the Ukrainian side to negotiate early in the special military operation and by the end of March, the two delegations agreed on the principle to settle this conflict,” Lavrov said Monday during a visit to South Africa.

“It is well known and was published openly that our American, British, and some European colleagues told Ukraine that it is too early to deal, and the arrangement which was almost agreed was never revisited by the Kyiv regime,” he added.

Although Russia has repeatedly said it is open to talks, both Ukraine and the US say they see no sign from Moscow that it is serious about negotiating, and suspect Putin of trying to buy time to regroup after a series of defeats and setbacks in the war.

During a news conference in Pretoria, Lavorv claimed that Ukraine was rejecting peace talks.

“The longer (the Ukrainians) refuse, the harder it will be to find a solution,” Lavrov told reporters.

Russia has repeatedly rejected Ukrainian and Western demands that it withdraw completely from all parts of Ukraine and cease hostilities as pre-conditions for any bilateral dialogue.

President Biden has indicated he would be willing to sit down with Putin, if the Russian leader demonstrated that he seriously wanted to end the nearly year-long invasion.

In his public comments Monday, Lavorv also said that conflict between Moscow and the West could no longer be defined as a “hybrid war”, but was closer to a real one, as he blasted Ukraine’s allies for sending billions of dollars of arms to Kyiv.

Just days earlier, Lavrov sparked widespread condemnation by arguing that the US had assembled a coalition of European countries to solve “the Russian question” in the same way that Adolf Hitler had sought a “final solution” to eradicate Europe’s Jews.

“It’s almost so absurd that it’s not worth responding to, other than the truly offensive manner in which he tried to cast us in terms of Hitler and the Holocaust,” White House spokesman John Kirby. 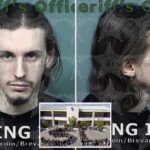 Janitor accused of threatening to cut student ‘into pieces’ 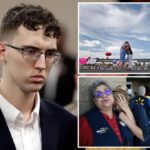