Soldiers in Russia’s newly formed 3rd Army Corps fighting in Ukraine are often drunk, plagued by low morale and forced to use obsolete weapons on the battlefield, according to the Ukrainian military.

The Kremlin cobbled together the formation in June to replace the tens of thousands of troops killed or injured since the start of the invasion in February. It is composed of several brigades totaling some 15,000 mostly volunteer soldiers equipped with hundreds of tanks, Newsweek reported.

But according to an update from the General Staff of the Armed Forces of Ukraine on Monday, Russia’s five-month-old unit is facing some major hurdles.

Citing unspecified “available information,” Ukraine’s military claimed that the 3rd Army Corps is unable to effectively perform its tasks due, in part, to “obsolete and unusable weapons and military equipment” that troops are being forced to use.

According to the General Staff’s update, servicemen in the unit have been known to arbitrarily abandon positions and refuse orders.

Ukrainian officials blamed the corps’ woes on “consumption of alcoholic beverages” and “systematic violations of military discipline,” which have been causing “demoralization” in the ranks.

Forbes Magazine reported in mid-September that the 3rd Army Corps, based in Mulino, Russia, is staffed by old, unfit volunteers, among them drug and alcohol addicts, who are getting paid up to $5,000 a month, which is five times higher than the average Russian salary.

A portion of the unit was deployed in the Kharkiv region in early September, just before Ukraine launched a lightening counteroffensive that reclaimed large swathes of occupied territory and pushed Moscow’s forces across the border back into Russia.

According to reporting at the time, the routed 3rd Army Corps’ brigades left behind tanks and other military vehicles as they beat a hasty retreat.

On Tuesday, Defense Minister Sergei Shoigu said that Russia had so far called up more than 200,000 reservists out of the 300,000 men it had planned to mobilize.

At the same time, an estimated 370,000 Russian men were said to have fled into neighboring countries, including Kazakhstan, Georgia, Mongolia and the EU, over the past two weeks to avoid the unpopular draft, reported Newsweek. 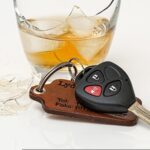 Average Punishment For A DUI in Washington