Russian officials made a bizarre attempt earlier this month to embarrass the Biden administration by inviting former Senate staffer Tara Reade, who has accused the president of sexual misconduct, to appear before the United Nations Security Council.

The news website Semafor reported, citing an anonymous source with knowledge of the matter, that the Russian UN delegation asked to have Reade brief the Security Council on suspected weapons trafficking in Ukraine.

India, which currently chairs the council, declined to hear from Reade after calling into question her “relevance and appropriateness” to a discussion about weapons diversion.

Having been rejected by the UNSC, Reade was replaced by Dan Kovalik, an American human rights lawyer who has co-authored a book accusing the CIA of trying to “vilify” Russia.

Reade, who has a public track record of defending Vladimir Putin and touting the merits of the Russian propaganda news channel RT, later hosted a panel discussion on her YouTube channel with Kovalik and Russian envoy to the UN Dmitry Polyanskiy.

During the chat, Reade griped about having her invitation to speak before the Security Council revoked, noting that she has “a law degree” and has done “a lot of research on this issue.”

“Your name was too toxic for them and they did everything they could to block you from participating,” Polyanskiy told Reade, referring to the US mission to the UN.

Reade’s story has become a cause célèbre among some of Biden’s harshest critics on the right, including longtime Donald Trump adviser Roger Stone and Fox News host Tucker Carlson, who have offered her platforms to air her grievances about her former boss.

During the 2020 presidential campaign, Reade accused Biden of sexually assaulting her in 1993 when she was an aide in his Senate office. A year prior, she claimed that Biden made her feel uncomfortable with inappropriate touching.

A former neighbor of Reade’s corroborated her account of the alleged assault, claiming that the Senate aide confided in her about it sometime in 1995 or 1996.

But multiple reporters who looked into the story claimed there were inconsistencies in Reade’s version of events and the corroborating accounts.

Psaki was responding to a question from The Post about whether Reade and other women who accused Biden of misconduct deserved an independent investigation.

Rep. Lauren Boebert (R-Colo.) said in a tweet earlier this month that she supported such an investigation by the soon-to-be GOP-controlled House of Representatives. 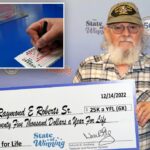 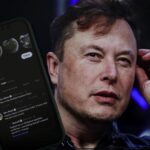