Russian forces desperate to capture the strategically important city of Bakhmut in the contested Donbas region are trying to advance over the corpses of their own fallen soldiers, Ukraine’s top general said.

Gen. Valerii Zaluzhnyi, commander-in-chief of the Ukrainian armed forces, wrote on his Facebook page Tuesday that there was intense fighting along the border of Svatove-Kreminna in the Luhansk region, as well as in the direction of Lysychansk.

“The most challenging situation remains in the Soledar-Bakhmut-Mayorsk area,” the four-star general wrote. “There, the enemy is virtually attempting to advance over their corpses, but the Defenсe Forces units constrain the enemy’s offensive at the cost of supreme efforts.”

Zaluzhnyi said that he told US Gen. Mark Milley, Chairman of the Joint Chiefs of Staff, about the difficult situation on the frontline in their first phone call of the year.

Zaluzhnyi thanked Milley for his help in providing anti-aircraft missile systems to protect civilians. The two generals also discussed “changes in the operational and strategic situation, primarily on the land and in the air space of Ukraine.”

Bakhmut has been the site of some of the bloodiest battles of the war, which have reduced much of the city to rubble.

Ukrainian President Volodymyr Zelensky last month visited the battered, blood-soaked city, which he dubbed a “fortress” — and hailed the soldiers defending it as heroes.

Moscow has been pouring manpower and resources as part of a push to encircle the ravaged city, which, if successful, would disrupt Ukraine’s supply lines and open a route for Vladimir Putin’s forces to press on toward the key strongholds of Kramatorsk and Sloviansk in the illegally annexed Donetsk region.

The Institute for the Study of War, a Washington, DC-based think tank, has questioned the logic behind Russia’s relentless drive to take Bakhmut, which has been bombarded with rockets for the past six months.

Analysts argued that the costs associated with the “grinding, attrition-based combat” far outweigh any operational advantages.

Ukraine’s interior ministry said Wednesday that border guards had repelled a Russian assault near Bakhmut and then captured the enemy’s positions after a counterattack.

Ukrainian Deputy Defense Minister Hanna Malyar said Russia would continue to form additional assault units and focus on the capture of Bakhmut and other cities to the north of Donetsk.

Malyar, citing the ministry’s main intelligence directorate, wrote on Telegram that significant Russian losses meant Moscow would most likely have to announce a second partial mobilization in the first quarter of the year.

In Washington, a senior administration official said that heavy fighting around Bakhmut is likely to continue for the foreseeable future, with the outcome uncertain given that Russians have made incremental progress on the ground. 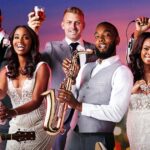 Which Couples Are Still Together? Updates 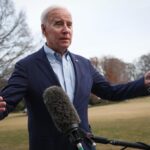