Russian commanders discussed how and when nukes could be used in Ukraine last month, according to US officials.

“When the territorial integrity of our country is threatened, to protect Russia and our people, we will certainly use all the means at our disposal,” the Russian strongman said in September — ahead of his spurious annexation declaring a fifth of Ukraine to be “Russia.”

US officials did not provide CBS with any details about the supposed plans to use nuclear weapons, nor were those plans detailed in a report by the New York Times, the first outlet to break the story.

But Western officials last month publicly rejected Moscow’s claims that Ukraine was planning to detonate a dirty bomb — a conventional explosive spreading radioactive material — on its own territory, and expressed fears the Kremlin was trying to manufacture an excuse for its own nuclear escalation.

“If Russia calls and says that Ukraine is allegedly preparing something, it means one thing: Russia has already prepared all this,” he said.

Sources did not say Putin himself was part of the nuclear conversation, and there were no indications a plan to use weapons of mass destruction was eventually made.

The Kremlin has recently walked back its most escalatory nuclear rhetoric, saying last week that Russia had no intention of using a nuclear weapon in Ukraine.

“We see no need for that,” Putin said of nuclear weapons at an international affairs conference in Russia on Friday. “There is no point in that, neither political nor military.” 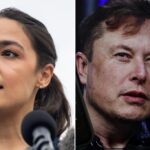 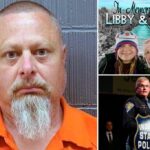