Shocking video captures a Russian armored vehicle being blown into smithereens after aimlessly driving over clearly visible landmines – in the latest example of battlefield incompetence by Kremlin forces.

The amphibious fighting vehicle is seen turning onto a road and making its way toward 11 TM-62 anti-tank mines lying before it in two neat rows, according to the footage shared by Ukraine Weapons Tracker.

The clueless crewman then continues driving until the tracked MT-LB vehicle rolls over the first row of mines and blows up in a huge fireball.

The driver — who survived — is then seen sitting in a daze, surveying the remnants of the smoke-spewing vehicle before gathering his belongings and walking away from the scene of utter destruction.

It was not immediately clear why the driver did not notice the multiple mines, which were in plain sight.

The Ukraine Weapons Tracker — a project dedicated to tracking and debunking the usage and capture of military equipment in Ukraine — said that the Russian driver “apparently with very limited vision” drove into a row of TM-62 anti-tank mines.

Russia has lost at least 281 MT-LB armored vehicles in Ukraine since the conflict began, the Mirror reported, citing the intelligence analysis website Oryx.

Ukrainian forces claim to have so far destroyed or captured more than 5,000 combat vehicles like the MT-LB, the UK news outlet said.

Meanwhile, more than 90,000 Russian soldiers have died, cannot be accounted for, or have been wounded so badly they can’t fight, the Moscow Times reported this week, citing independent Russian media project iStories.

Even Putin allies are keenly aware of the losses.

A pair of high-ranking Russian military officials were reportedly caught on leaked audio in May tearing into Russian Defense Minister Sergei Shoigu, blasting him as an “incompetent f—ing layman.”

A Russian state TV war correspondent also made an apparent slip-up live on air last month when he blurted out that the Kremlin’s armed forces have suffered “huge” losses in the Ukraine war.

Footage of the armored vehicle blunder comes amid a muscular counteroffensive by Kyiv and threats by warmongering Russian leader Vladimir Putin of using nuclear weapons. 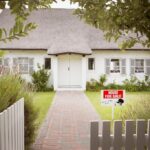 US mortgage rates could surge to 8.5% as inflation rages: economist 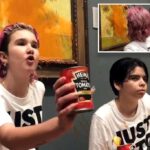