A New Hampshire couple used their Etsy craft store as a front to allegedly ship devices used in nuclear weapons over to Russia, prosecutors allege.

Brayman and Vadim Yermolenko, based in Upper Saddle River, New Jersey, shipped their Etsy goods from their home along with the illicit materials.

“They did get a lot of packages. Which I guess makes sense now,” Amy Goodridge, who lives across the street from the Braymans, told the Boston Globe.

Brayman allegedly worked with a team of six others, five of whom are Russian nationals, to secretly export equipment like semiconductors and oscilloscopes across the world before it ultimately landed in Russia.

According to the charges, the smuggling ring would create shell companies and bank accounts in the New York City area to procure the sensitive technology from US companies.

The Braymans would then fabricate shipping documents and invoices before repackaging and reshipping items to intermediate destinations around the world, frequently to a conspirator in Estonia who would then move the packages to Russia, federal attorneys claim.

The enterprise was “instrumental to the Russian Federation’s war machine,” the charges state.

The ring allegedly used Brayman’s Merrimack home as a clearing house for the operation, where an influx of incoming and outgoing packages wouldn’t appear suspicious. Brayman and his wife Daria run CoolHouzGifts, an Etsy business specializing in care packages.

The unassumingly couple also outwardly sympathized with Ukraine throughout the 10-month war. Brayman, who lists Kyiv as his hometown on Facebook, shared a video on the site of a Ukrainian dance group on America’s Got Talent performing a solemn tribute to their county in spite of years-long Russian aggression.

In March, Russian-born Daria donated to Sunflower of Peace, a charity providing “life-saving medical and humanitarian aid to Ukrainians affected by the Russian military invasion.”

Daria told the newspaper she didn’t know anything about her husband’s alleged espionage.

“We do craft festivals and fairs,” she said.

It is not clear how long Brayman had been allegedly smuggling the deadly technology from his New Hampshire home, but documents obtained by The Globe suggests the group of Russian nationals may have begun searching for a US-based smuggler in 2017.

In July, officials put a tracking device on a package purchased by the Russian national group, the documents state. The package, addressed to Germany, moved from Nevada to Brayman’s Merrimack home before it was intercepted at John F. Kennedy International Airport. Officials searched Brayman’s home shortly after, The Globe reported.

Brayman was expected to turn himself Tuesday. Prosecutors are seeking that he be held on $250,000 bail and forfeit his passport, calling him a flight risk, records show. He faces up to 30 years in prison.

Estonia-based conspirator Vadim Konoshchenok was apprehended in a warehouse, where authorities recovered about 375 pounds worth of US-origin ammunition. 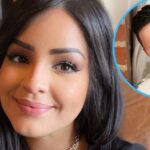 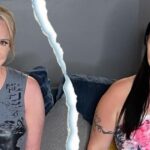 Are Molly and Cynthia Still Friends?