Russian recruits facing a shortage of military supplies have reportedly been instructed to turn to their wives and girlfriends for help – by asking them for tampons and pads to help soak up the blood if they are wounded.

New video has emerged of a group of conscripts struggling to absorb the startling directive provided by a woman identified as a military doctor, the UK’s Telegraph reported.

She warns the ragtag group that they will only be supplied with uniforms to fight in the Ukraine war, but that they will be responsible to bring along their own medical supplies.

“Get your wives and girlfriends to get sanitary pads. The cheapest pads plus the cheapest tampons. You all know what the tampons are for?” the woman asks the incredulous men.

“To stop the bleeding?” on recruit reportedly responds in the clip, which was reportedly recorded in the southern city of Volgograd.

“You shove it right into the bullet wound and the tampon expands and applies pressure to the wounds,” she says, adding, “I know all that from Chechnya,” apparently alluding to Russia’s two wars in the republic.

“I don’t have tourniquets for you too. There are no tourniquets in the pharmacies anymore,” the military commander informs them.

The video, which could not be independently verified, was mocked online but one Russian politician, a former military officer, suggested it was fake, according to the Daily Beast.

However, Russia has been feeling the pinch of sanctions over the ongoing war in Ukraine.

The country’s deputy prime minister told citizens earlier this month that may need to chow down on meat alternatives such as fly larvae and vegetable protein to get through.

While Russia is not currently experiencing food shortages, a report from the Council of the European Union on Aug. 19 estimated that the country’s GDP will drop by more than 11% in 2022, while inflation soars to 22%.

Ukraine forces also gained control of a vital Russian supply hub in the northeastern part of the country this month.

The Kupiansk rail and road hub located in the western half of the city was an integral supply center for Russian troops just 35 miles from the border with Russia.

The rogue nation also already turned to China in March to ask for military equipment and economic assistance as the country runs low on supplies, US officials told the Washington Post.

Still, strongman Putin has threatened to use “all the means at our disposal” to protect Russia in a war it launched against Ukraine on Feb. 24 as he announced that as many as 300,000 reservists will be called up to fight. 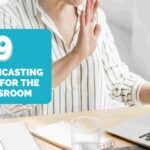 9 Screencasting Tools for the Classroom 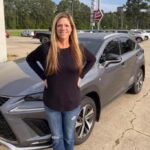