Some Russian oligarchs’ riches are destined to become Ukraine’s reparations, a US prosecutor revealed Thursday.

An elite task force called KleptoCapture that’s targeted Russia’s richest oligarchs for the last 10 months has amassed a nearly billion-dollar trove of seized yachts, real estate, bank accounts and assets — and aims to turn it over to Kiev, according to Andrew Adams, who heads the task force formed by the Department of Justice last year.

“We’re … poised to begin the transfer of forfeited assets for the benefit of Ukraine,” Adams said in a speech to the Hudson Institute in Washington, DC, noting the idea of the handover was is a “relatively recent development,” with no hard date set.

Since its formation in March 2022, KleptoCapture left a high-profile trail of seizures of “a couple of hundred million to a billion worth of yachts, real estate property and assets” — and even weapons heading to Russia in the wake of its unprovoked war, Adams recounted.

But behind the headlines of the interagency’s seizure of superyachts — with the giant boats, harpooned like whales, often docked and gathering rust — the task force also has the extraordinary power to hand over the seized assets and cash to Ukraine for reparations — and intends to do so, Adams said.

The task force has also moved to stop the movement of military technology and material to Russia, Adams revealed.

“It’s a major component of what we are looking at and maybe the most important material impact on lives in Ukraine,” Adams said. “Military technology is what makes the Russian military work and keeps the tanks rolling.”

The US had first imposed sanctions on Russian oligarchs and others close to Russian President Vladimir Putin in 2014, following Russia’s Crimean invasion, and then again in 2018.

KleptoCapture supercharged the sanctions investigations — and moved quickly to seize superyachts and other “mobile assets.”

“Last year, at the beginning of March, President Biden announced at the State of the Union that the Department of Justice would be standing up this task force with an emphasis on targeting criminally derived assets of the Russian oligarchs,” Adams said.

“The first (step) was the rapid seizure of high value assets around the world — yachts, planes, cash accounts, security holdings, and real estate,” Adams said. “The primary goal of those seizures was really a swift demonstration of the power, the breadth and the commitment of the United States to what is effectively an economic blockade of the people who provide the criminal and material support [to the Russian war effort].”

The “immediate action”  was in part aimed “to spur prosecutors around the country and to spur our global allies to follow suit,” Adams said.

It was also “intended as some unmistakable signals to the private sector that the scope and speed of these investigations would require rapid response and an unprecedented level of compliance,” he said.

But the most dramatic example of international cooperation involved the “high-speed chase” and eventual capture of a $325 million, 350-foot yacht known as Amadea, connected to oligarch Suleiman Kerimov.

The seizure “unfolded in weeks, not years,” of a yacht “fleeing from an international dragnet, from the Atlantic through the Panama Canal and through the Pacific,” Adams said. “It was truly a remarkable feat by a group of sleepless attorneys, agents, analysts and linguists all dedicated to the task force and our global partners around the world.”

The case, he said, “demonstrated our willingness to extend resources, time and money to take oligarch assets out of commission and jurisdictions historically viewed as opaque, as safe havens, [and show that they] could no longer be relied upon by Russia’s kleptocrats for the protection of their riches — ending a half a billion dollar yacht being piled into San Diego harbor” from Fiji.

Investigators also reportedly made surprising discoveries, like a rare Faberge egg that, if real, could be worth millions. 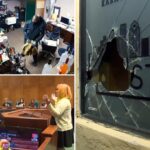 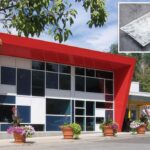