Wives of Russian military men have begun to cause a ruckus on the front lines, demanding high-ranking officials give back their husbands or they’ll “tear them apart”.

According to Russian media reports, over a dozen women traveled to the border town of Valuiki in Belgorod on Wednesday evening to make their demands heard.

According to the women, their husbands were previously deployed to the village of Krasnorichenske in the direction of Valuyki in Luhansk Oblast and came under heavy artillery fire.

Survivors of the Ukraine counteroffensive are reportedly trying to retreat back to the mainland, carrying wounded soldiers in tow.

The fed-up wives warned if military commanders refuse to retrieve their husbands — who are still missing — they will cross over into the battlefield to rescue them themselves.

Video of the women rallying around a military truck was shared via the Telegram account @Mobilisationnews on Wednesday.

“I’m ready to tear them apart. They must do something, they must make some decision, they must take them out of there. We want them to be taken away from there, because there are many wounded there,” one of the women said.

According to Russian soldier Aleksei Agafonov, the unit of 570 mobilized soldiers came under a massive counterattack, with many “ripped apart”.

Only 130 survived the attack, according to Agafonov.

“I saw men being ripped apart in front of me, most of our unit is gone, destroyed. It was hell,” he said via The Guardian. ”And many who survived are losing their minds after what happened. No one wants to go back.”

More than 100,000 Russian military personnel have been killed or wounded in Ukraine, with Kyiv’s forces likely suffering similar casualties, according to US officials.

The figures provided by Milley — which could not be independently confirmed — are the most precise to date from the United States government more than eight months into the war.

Milley also said there is a chance for talks on ending the war, and that military victory may not be possible for either Russia or Ukraine.

“There has to be a mutual recognition that military victory is probably in the true sense of the word maybe not achievable through military means, and therefore you need to turn to other means,” Milley said.

“There’s… an opportunity here, a window of opportunity for negotiation.” Milley’s comments came after Russia ordered its troops to withdraw from the city of Kherson in southern Ukraine — a major blow to Moscow’s military campaign.

Officials in Kyiv have reacted with caution, saying the Russian army was unlikely to leave the strategic city without a fight, while US President Joe Biden suggested the retreat was evidence Moscow has “real problems” on the battlefield. 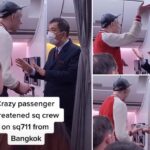 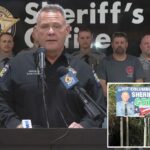