Russian leader Vladimir Putin is apparently running low on suitable fighters in his war in Ukraine – as a wheelchair-bound man suffering from spinal muscular atrophy has been called for duty.

Oleg Vasiliev has been ordered to report to his local draft office, despite being barely able to move his body due to the debilitating condition, the Telegraph reported.

“He is not able to report to the military commissar because he moves around in a wheelchair and the appointment is scheduled for the fourth floor,” the Sota news agency reported about the disabled Moscow resident.

News about his draft notice comes shortly after the warmongering Kremlin leader ordered that as many as 300,000 reservists be called up to fight in Ukraine and threatened to use nuclear weapons against the West.

But amid low morale and reports of soldiers abandoning their positions, photos have emerged of older men being forced into the fight.

When Putin announced he was calling up hundreds of thousands of troops in a so-called partial mobilization, he assured Russians the draft would prioritize young and healthy reservists.

But there have been reports of students, retired veterans and Russians with medical issues being pressed into uniform.

In an address to Russia’s security council late last month, Putin called such draftees “mistakes” and demanded they be corrected.

Putin said others, including “fathers with many children, or people suffering from chronic diseases, or who have already passed the draft age,” are entitled to a deferment, according to state-run news outlet RIA.

Among those recruited into service was Russian Paralympian Dmitry Ignatov, 32, a TV presenter who only has one leg after losing the other one in a previous war, the UK’s Mirror reported.

“I went to the military registration and enlistment office in the morning, they checked my documents and released me,” Ignatov said, according to the Mirror, which cited PDM News. 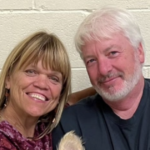 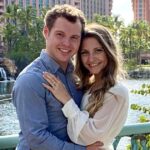