Forget the A-B-C’s – children in Vladimir Putin’s Russia are learning about the AKs.

Distressing footage that emerged this week on Telegram shows an officer in fatigues demonstrating how to use an Kalashnikov machine gun and an anti-tank grenade launcher to youngsters at Kindergarten No. 31 near Moscow.

According to the post by “Ostorozhno, novosti” (“Beware the news”), the lesson was delivered by Pavel Firsov, a member of the pro-Kremlin Combat Brotherhood movement.

“The children from Kindergarten No. 31 ‘were reminded of what qualities distinguish a true defender of the Fatherland,’” the post read.

Firsov is also described as a “veteran of military operations” with unspecified frontline experience.

In photos released alongside the video, the children can be seen standing around the weapons on a carpet while Firsov demonstrates their use with the help of a female teacher.

The bizarre tutorial comes as Russia struggles to cover for its heavy losses amid its ongoing invasion of Ukraine.

Late last week, Ukrainian President Volodymyr Zelensky said that nearly 65,000 Russian troops have fallen thus far, or over 8,000 fatalities for every month of the invasion that began Feb. 24.

Putin’s military conscription, which began last month, is only adding to the Kremlin’s woes as terrified reservists attempt to avoid being forced into service. Those who do make it to the frontlines reportedly receive little to no military training, resulting in widespread casualties.

“The result of mobilization is that untrained guys are thrown to the front line … zinc coffins are already coming,” pro-war Russian blogger Anastasia Kashevarova wrote on Telegram last week.

“Speak to the people with the truth and tell them we need help.” 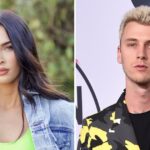 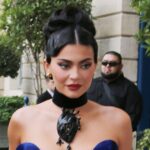