Russian Foreign Minister Sergey Lavrov was taken to the hospital in Bali for a heart condition ahead of the G20 summit — a claim that the powerful Kremlin official dismissed as Western journalists making up news.

“This, of course, is the highest level of fakes,” Russian Foreign Ministry spokeswoman Maria Zakharova said of the Associated Press report.

Zakharova posted a video on her Telegram channel of a seemingly healthy Lavrov sitting outdoors on a patio, dressed in shorts and a T-shirt and reading documents.

Asked about the report, Lavrov claimed Western journalists have been spreading false rumors about President Vladimir Putin’s health for a decade.

“This is a kind of game that is not new in politics,” Lavrov said. “Western journalists need to be more truthful — they need to write the truth.”

Russia’s state news agency Tass separately cited Lavrov as saying: “I’m in the hotel, reading materials for the summit tomorrow.” The outlet also released a photo that appeared to show the minister smiling in front of a pool in Bali.

Bali Governor Wayan Koster told Reuters that Lavrov had briefly visited the hospital for a “check-up” but that the minister was in good health.

“He was in good health and after the check-up he immediately left,” the governor said.

Four Indonesian government and medical officials told the Associated Press that Lavrov was treated at the Sanglah Hospital.

All of the officials declined to be identified as they were not authorized to discuss the matter publicly. Two of the people said Lavrov had been treated for a heart condition.

Lavrov is the highest-ranking Russian official at the G20 meeting, which President Biden, China’s Xi Jinping and other leaders are attending.

Putin’s attendance at the G20, which begins Tuesday, had been uncertain until last week, when the Kremlin confirmed he would not come and that Russia would be represented by Lavrov instead.

Lavrov has been Putin’s foreign minister since 2004, making him Russia’s longest-serving top diplomat since Soviet times.

Before becoming foreign minister, Lavrov, nicknamed “Dr. No” in the West, served as Russia’s permanent representative to the United Nations. 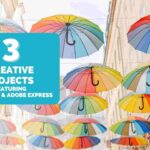 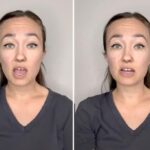