“The fact that Russia pushed through the exchange of Bout, whom America fundamentally did not want to give away for many years, right now means that, like in The Godfather, we ‘made them an offer that cannot be refused,’” Butina opined on the Telegram messaging app Thursday.

“This is a position of strength, comrades,” she added.

Butina, a former student at American University, is best known for attempting to infiltrate prominent conservative groups, including the National Rifle Association, as part of a Kremlin-backed influence campaign ahead of the 2016 president election.

She served a 15-month stint in US prison after pleading guilty to conspiracy charges, and was released in 2019. She then returned to Russia, where she became a member of the State Duma in 2021.

The controversial deal to swap the gunrunner had been rumored since July, when the White House reportedly began floating the possibility of trading Bout for Griner, as well as a second American detained by Moscow, former Marine Paul Whalen.

Bout was arrested in Thailand in 2008 after he was lured there by US DEA agents posing as Colombian rebels.

He was extradited to the US in 2010 against Russian objections, and ultimately convicted by a Manhattan jury in 2011 for conspiring to sell weapons to a designated foreign terrorist group.

When rumors of the swap first arose, Shira Scheindlin, the federal judge who’d sentenced Bout to the mandatory minimum of 25 years, said she felt he’d served an adequate punishment.

“He’s done enough time for what he did in this case,” she told the Associated Press this summer.

Bout had initially been scheduled for release in 2029.

Months of negotiations with the Kremlin did not secure the release of Griner nor Whelan.

When the deal was officially announced Thursday, Whelan’s name was no longer part of the deal.

“We’ve not forgotten about Paul Whelan. We will keep negotiating in good faith for Paul’s release,” President Biden said.

The swap “was not a choice of which American to bring home,” he added.

Russian state media released a video of the swap taking place in Abu Dhabi, followed by a video of Bout aboard a Russian jet, speaking with his mother on the phone.

On Telegram, Butina said she was also at the other end of that call Thursday.

“Raisa Kuzminichna Bout, Victor’s mother, is visiting me in the State Duma. We talked on the phone with Victor,” she said. “He is already in Russia and will soon be in Moscow.” 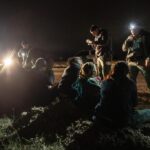 Mob of over 700 migrants caught crossing US border into Texas 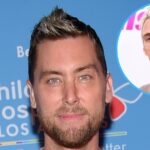