Russia surgeons have been hailed as heroes after they donned body armor to save the life of a soldier who became a human bomb — when an unexploded grenade became embedded near his heart.

Junior Sgt. Nikolay Pasenko, 41, was recently hit by a Ukrainian grenade fired by an automatic AGS-17 and was evacuated to a medical facility in the Belgorod region, where an X-ray revealed the explosive, Russian media reported.

“The examination revealed that the miraculously unexploded ordnance had pierced [his] ribs and lungs and got lodged close to the spinal cord, between the aorta and the inferior vena cava near the heart,” the ministry said in statement cited by Newsweek.

“Despite this, the military doctors together with their civilian counterparts donned body armor under their medical gowns and proceeded with this utmost intricate surgery,” the ministry added.

The soldier initially balked at the surgery.

“I was against it. I did not want the doctors to suffer as the munitions could have exploded,” Pasenko said.

But head military surgeon Lt. Col. Dmitry Kim said Pasenko was at risk of losing too much blood from the injury and needed immediate surgery.

“So we’ll blow up together,” Kim said, injecting some dark humor into the man’s predicament moments before he performed the delicate surgery.

“We were warned there was a risk of ammunition detonation, but no one refused,” said Kim, who is based at the Mandryk Central Military Hospital in Moscow.

“It’s not every day that you take an [explosive] out of a person, and in a place where moving to the right or left can lead to the death of the patient,” he said

During the procedure, a second operating room with additional surgeons was on standby in case of an explosion.

“When the ammunition ended up in a bucket of sand, everyone exhaled, smiled and laughed,” the surgeon added.

Pasenko described how he ended up as a human bomb two weeks ago, saying he was hit during a mission to take over territory held by Ukrainian forces.

“There was a blow to the edge of the armor and that was it. I did not lose consciousness, I just continued to move,” he said, adding that his comrades “jumped up and bandaged me.”

The solder called the surgeons the “real heroes.”

“My thanks to surgeon Dmitry Kim and I will be grateful to him for the rest of my life,” he said.

Pasenko was later moved to Moscow, where he is recovering at the Mandryk Central Military Clinical Hospital, Newsweek reported. 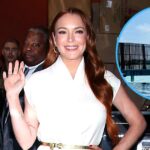 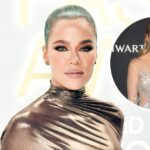