A Russian woman who advertised her search for love on a gigantic billboard is being wooed by a wealthy Ukrainian tycoon after her ad went viral.

An image of Maria Molonova, 26, appeared on a billboard in her home city of Ulan-Ude several weeks ago, accompanied by a quote claiming that she was seeking Mr. Right.

The quest quickly became headline news, attracting the attention of Ukrainian Serhii Kharkusha, 26, who instantly became besotted by the beauty — despite the fact his country is currently at war with hers.

“I don’t respect war supporters — or Vladimir Putin. I do not understand what he is doing, but I feel good being in love with a Russian woman,” Kharkusha giddily told East2West News.

Kharkusha, who works in business, is currently based in Los Angeles and has yet to meet Molonova in real life. However, he believes she is “the one” for him and soon hopes to travel behind enemy lines to see his ladylove in the flesh.

“I chose Maria because I saw her on the news after her advertisement, and she is my type,” he gushed. “She is brave. She is bright. There are lots of women in LA but they are all wrong, and then I saw Maria.”

Molonova claims to be a millionaire “entrepreneur” — something that instantly appealed to Kharkusha, who says he is a “tycoon” who is similarly successful in business.

The lovestruck Ukrainian described Molonova’s billboard as “very creative” and decided to buy his own advertisement in order to attract her attention.

Recently, Kharkusha bought ad space on the billboard right behind Molonova’s, with the display featuring a photo of himself and the words: “Millionaire turn around, I’m already here.”

Molonova has since seen the billboard and told East2West News: “He got my attention. But what’s next? He didn’t personally contact me yet and did not write anything.”

“Does he really want to get to know me? I’m confused,” the beauty continued. “I’d like him to approach me personally, and not to the whole city.”

Molonova says she turned to the billboard after sanctions stopped her from being able to use dating apps such as Tinder. The beauty says she’s in a hurry to meet a man and doesn’t want to waste time.

Kharkusha claims that he is making plans to travel to Russia to meet Molonova for a “romantic and unforgettable” time together, fully aware that the stunner may be snapped up before he can get to her in time.

Kharkusha admits that he may face travel “restrictions” within Russia because he is Ukrainian — but he is determined to get to Molonova.

“I am resolving this now,” he declared. “I’m hoping we can meet in person and there is a way to develop our relationship. Time will tell.” 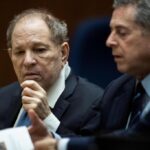 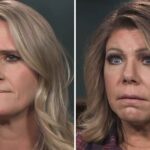