Authorities in Russian-occupied Kherson ordered all residents to evacuate their homes Saturday as Ukrainian troops massed to recapture the city in an ongoing counteroffensive to take back territory seized in the first months of the invasion.

The pro-Russian regional administration urged residents to leave “immediately,” telling them to use boats to cross a nearby river, amid the threat of shelling and “terror attacks” by Ukrainian troops, according to a post on the Telegram messaging app.

The Black Sea port city of more than 289,000 people has been controlled by Russia since the early days of the invasion. It is the capital of Kherson Oblast in southern Ukraine, one of four provinces that were illegally annexed by Russian forces last month. The area was placed under martial law earlier this week.

On Friday, Ukrainian forces advanced through the province, bombarding Russian supply routes over the Dnieper River and preparing to reclaim Kherson, a strategic enclave that includes a hydroelectric plant. The Kremlin has sent more than 2,000 conscripts into the area to strengthen their front line, according to a report from the Ukrainian army’s general staff.

Ukrainian officials have voiced concerns about potential forced transfers of residents to Russia or Russia-occupied territory and urged those who remain in Kherson to resist attempts to force them to move.

A Russian official said Saturday that an estimated 25,000 people from across the region had already made their way over the Dnieper. In a Telegram post, Kirill Stremousov claimed that civilians were relocating willingly.

“People are actively moving because today the priority is life. We do not drag anyone anywhere,” he said. 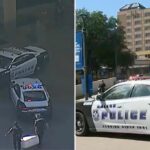 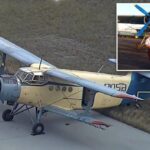