Russian airstrikes targeted civilian infrastructure in Ukraine on Tuesday, leaving hundreds of thousands across the war-torn nation without power or water.

In Kyiv, two people were killed in a morning missile strike on the capital’s power plants, taking 50,000 people off the grid.

In Zhytomyr, a city some 85 miles west of Kyiv and far from the front lines, Russian suicide drones took out basic utilities for all 250,000 residents early Tuesday.

Repairs were underway, and power had been restored to local hospitals, Mayor Sergey Sukhomlyn said on social media, while work was continuing to get water flowing.

“We must not break down,” said Iryna Kolodzynska, a school director in the city. “There are regions that suffered much more from the war than we did.”

Kolodzynska said her students were back at their desks within 30 minutes of the air raid — working on math problems in the dark.

Yet more missile and drone strikes were reported Tuesday in Dnipro, Mykolaiv and Kharkiv.

The attacks come during the second week of intense bombardment, in which the cornered Kremlin, losing ground in Ukraine’s east and south, has unleashed hundreds of missiles and drones on Ukraine’s major cities.

But the fit of Russian bombardment of Ukrainian cities — intended to overawe and wear down Ukrainian resistance — is also showcasing a Russian weakness.

The primary weapons fired on Ukraine in the past two weeks are slow-moving, Iranian-made Shahed suicide drones and repurposed S-300 surface-to-air missiles — an indication that the Kremlin’s supply of purpose-built precision missiles is running low.

“Russia doesn’t have any chance on the battlefield, and it tries to compensate for its military defeats with terror,” Ukrainian President Volodymyr Zelensky said in a televised address Monday night. “Why this terror? To put pressure on us, on Europe, on the entire world.” 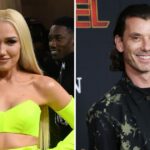 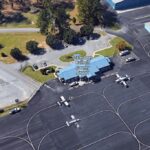