A fire Saturday at a private shelter in the Siberian city of Kemerovo that was operating illegally killed 22 people, Russian officials said.

Initial reports described the wooden building in the city 1,900 miles east of Moscow as a nursing home, but the country’s Investigative Committee, which probes major crimes, later said it was a “temporary residence for persons in a difficult life situation.”

The committee said a man who rented the building has been arrested and charged with violation of safety regulations resulting in multiple deaths.

The committee’s statement did not identify him, but news reports said he was a local clergyman.

The cause of the fire that broke out before dawn has not been determined, but the investigative committee said residents told the shelter operator on the day before the fire that the building’s coal-fired boiler was malfunctioning.

Six other people were injured in the blaze that destroyed the two-story building. 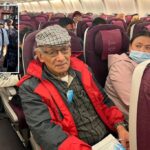 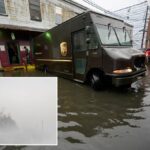