Russia walked back its decision to pull out of a UN brokered deal ensuring safe passage for grain shipments across the Black Sea Wednesday, alleviating fears of a food crisis.

The tripartite agreement between Russia, Ukraine and Turkey to ensure commercial shipping across the war-torn sea was salvaged by 11th-hour diplomatic efforts.

Moscow had pulled out of the deal over the weekend after it said Ukraine had attacked its Black Sea fleet off Crimea. Kyiv has not taken responsibility for the attack, which reportedly damaged two Russian warships.

“We demanded assurances and guarantees from the Ukrainian side that … humanitarian corridors will not be used for military purposes,” Russian President Vladimir Putin told a meeting of the Russian Security Council, state-run news agencies reported.

Putin praised Turkish President Recep Tayyip Erdogan for his mediation and his “neutrality in the conflict as a whole.”

Though Russia had threatened the resumption of a blockade, at least a dozen ships departed from Ukrainian ports this week without being harassed by the Russian fleet.

Ukraine and Russia are among the world’s largest exporters of grain and foodstuffs — primarily wheat, corn and sunflower oil. Ukraine’s exports ground to a halt this year as Russian forces blockaded Ukrainian ports.

The initial Black Sea deal in July was intended to stave off a growing food crisis, especially among the world’s poorer nations.

Meanwhile, Russian bombardment continued across the front line — with four Ukrainians killed, according to Kyiv.

Russia’s occupation government continued to force the so-called evacuation of civilians along the Dnipro river in the southern province of Kherson, where both sides are expecting a consequential battle.

Ukrainian forces also destroyed a Russian air-defense battery in Kherson city had been used to bombard the nearby city of Mykolaiv, Serhiy Khlan, an aide to the exiled Ukrainian leadership in Kherson, said on social media. 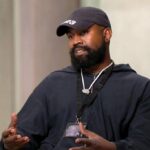 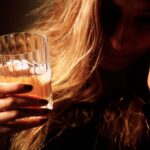 20% of US adults die from binge drinking, study shows