The votes — taken by armed Russian soldiers going door-to-door in occupied regions where Ukrainian civilians are believed to have been tortured for suspected allegiance to Kyiv — have been denounced by Ukraine and its Western allies as illegitimate.

“Forcing people in these territories to fill out some papers at the barrel of a gun is yet another Russian crime in the course of its aggression against Ukraine,” Ukraine’s Foreign Ministry said in a statement.

The referendums were held in the occupied portions of the Ukrainian provinces of Kherson, Zaporizhzhia, Luhansk and Donetsk.

Russian occupation officials in those regions said Wednesday they would now formally request recognition as Russian territory from the Kremlin.

A similar referendum was used in 2014 as a pretext for Russia’s annexation of the Crimean peninsula, which the international community still regards as part of Ukraine.

Following that annexation, sham referenda were held in smaller regions of Luhansk and Donetsk to declare independent “people’s republics” around those provinces’ eponymous capital cities.

Ahead of the referendum votes last week, Dmitry Medvedev, deputy head of Russia’s security council, said that annexation would make the Ukrainian territories an “irreversible” addition to Russia and allow Moscow to use “any means” to defend them.

“Encroachment onto Russian territory is a crime which allows you to use all the forces of self-defense,” Medvedev said. 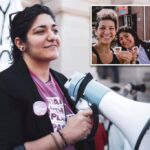