Russia is planning a series of “false-flag” attacks in Belarus, targeting a nuclear power plant and other key infrastructure sites to drag the country into war, according to Ukrainian intelligence.

The Kremlin used neighboring Belarus as a staging ground for its invasion of Ukraine in February, but Minsk’s military forces have not taken an active part in the fighting so far.

Nine months later, concerns persist that Belarus’ authoritarian leader, Alexander Lukashenko, might be talked into sending his troops into Ukraine to bolster Moscow’s battered forces after a series of embarrassing setbacks.

Ukrainian Main Military Intelligence Directorate (GUR) claimed Sunday that Russian special forces were planning to carry out “terrorist acts” at Belarusian “critical infrastructure facilities” — and then blame the attacks on citizens of NATO countries and Ukraine.

GUR alleged that one of the main targets of the “false-flag” operation would be the Ostrovets nuclear power plant in the Grodno region near the border with Lithuania.

“According to the developers of the ‘project,’ all this should accelerate the involvement of the Belarusian army in the war in Ukraine on the side of the occupiers,” GUR stated. “And also to create the necessary public opinion for the Kremlin in Belarusian society.”

The Institute for the Study of War, a US think tank, has said that “false-flag” attacks in Belarus “remain unlikely to change the domestic factors” that are preventing Lukashenko from sending troops to Ukraine, because doing so would put at risk the survival of his regime.

Moscow has pumped billions of dollars into shoring up the Soviet-style, state-controlled economy of Belarus with cheap energy and loans.

Lukashenko, who has been president since 1994, survived the largest mass protests in the country’s history following a 2020 presidential election that the opposition and the West denounced as rigged.

Lukashenko has publicly supported Russia’s attack on Ukraine, drawing international criticism and sanctions against Minsk. Still, he has repeatedly rebuffed speculation that Belarus would send its own soldiers to fight alongside Russia.

In October, however, Belarusian authorities announced the establishment of a joint “regional grouping of troops” with Russia and said some 9,000 Russian soldiers would be stationed in Belarus.

Opposition leader Sviatlana Tsikhanouskaya, who has been in exile in Lithuania since 2020, said in a recent interview that if Belarusian soldiers are deployed to Ukraine under pressure, they should lay down their their arms and join the Ukrainian army. 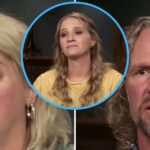 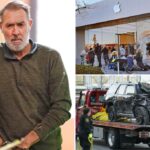