Russia accused Pope Francis of being racist after he argued that minority Chechen and Buryat soldiers fighting in Ukraine showed more cruelty on the battlefield than ethnic Russian troops.

The pontiff spoke out about the “cruelty” unleashed by invading troops in Ukraine during an interview with Jesuit magazine America published on Monday.

The comments from the head of the Roman Catholic Church sparked outrage in Russia and prompted the Kremlin’s ambassador to the Holy See, Alexander Avdeev, to lodge a formal protest with the Vatican.

The envoy told the Russian state news agency RIA Novosti that he met Monday with a Vatican official to express his “indignation” about Francis’ remarks.

In the interview, the pontiff appeared to draw a distinction between the mostly Muslim Chechens and Buddhist Buryats on the one hand, and ethnic Russians on the other.

“I expressed indignation at such insinuations and noted that nothing can shake the cohesion and unity of the multinational Russian people,” Avdeev was quoted as saying by RIA Novosti.

Russian Foreign Ministry spokesperson Maria Zakharova was even less diplomatic in her condemnation of the comments, calling them a “perversion.”

“We are one family with Buryats, Chechens and other representatives of our multinational and multi-confessional country,” Zakharova said on her Telegram channel.

Alexandra Garmazhapova, the founder of the anti-war movement Free Buryatia, slammed Francis’ musings as “inexcusable and racist” as well as “wrong on so many levels,” reported the Guardian.

She added: “Russia is waging an imperial war started and led by [President] Vladimir Putin, who is by all accounts not a member of an ethnic minority. The pope should condemn him personally, but he decided to sidestep the Russian president.”

Throughout the war, now in its 10th month, Pope Francis has been criticized by Ukraine for not directly condemning Moscow and Putin for fear of ruffling the feathers of the Russian Orthodox Church, which has strongly supported the invasion.

Francis has previously blamed “mercenaries” for the atrocities being committed in Ukraine, also sparking Kyiv’s ire.

His latest comments draw a line between soldiers who follow “the Russian tradition,” possibly meaning the Orthodox Christian faith, and members of ethnic and religious minorities — when in fact Russian troops have been accused of war crimes regardless of their ethnicity.

Alexey Tsydenov, the regional leader of Buryatia, described the pope’s remarks as “at least strange” in the RIA Novosti report.

Buryatia, a Siberian republic that forms part of Russia, is home to indigenous Buryat Mongolians, who were reported to be disproportionately targeted by Moscow’s mobilization efforts alongside other minorities.

Elsewhere in the interview with the religious magazine, Francis said it was clear that Ukraine was the “martyred” victim in the war, but he also defended his reluctance to denounce Putin.

“Sometimes I try not to specify so as not to offend and rather condemn in general, although it is well known whom I am condemning,” he said. “It is not necessary that I put a name and surname.”

Last month, the pontiff for the first time directly implored Putin to stop the “spiral of violence and death” in Ukraine.

The controversy over the pope’s comments comes after the Vatican offered to mediate the conflict between Ukraine and Russia.

Kremlin spokesman Dmitry Peskov said Monday that the government welcomed the Holy See’s proposal, but claimed that Kyiv’s intransigent position made this impossible.

Russia has repeatedly accused Ukraine of shutting down the prospect of peace talks by ruling out negotiations with Putin. 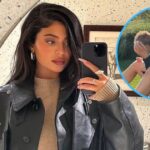 Kylie Jenner Claps Back at Balenciaga ‘Cover Up’ Accusations 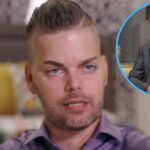