Iran will help Russia manufacture self-detonating drones for its ongoing war with Ukraine — and Moscow could begin producing the deadly craft on its own soil within months, according to a new report Saturday.

Iran is in the process of sending key designs and parts that will allow Russia to manufacture the drones, hundreds of which have already been used for weeks to hammer cities in Ukraine, according to US and European intelligence sources cited by the Washington Post.

The two countries inked the deal during a meeting in Iran earlier this month, the newspaper said.

The deal further strengthens the alliance between the two countries that has already helped Russia’s military campaign in Ukraine. The use of the weaponized drones in recent weeks has reportedly increased Russia’s firepower against mostly civilian targets.

Russia has deployed more than 400 Iranian-made attack drones in Ukraine since August, using them in strikes against civilian infrastructure, according to intelligence reports. 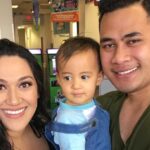 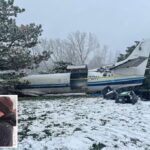 Dogs that survived plane crash are being put up for adoption