Anti-surveillance whistleblower — and accused spy — Edward Snowden was granted Russian citizenship Monday, according to a decree signed by Vladimir Putin.

The former NSA contractor was among 75 foreign nationals given Russian citizenship with the stroke of Putin’s pen.

Snowden has been living in Russia since 2013, when he fled there after leaking classified documents that revealed the mass surveillance of American citizens by their own intelligence apparatus.

The Russian passport was granted at Snowden’s request, according to Kremlin spokesman Dmitry Peskov.

Snowden said in 2020 that he would be seeking dual Russian and US citizenship along with his wife, American Lindsay Mills. The couple’s son, born later that year in Russia, is a Russian citizen.

Russian law does not require prospective passport-holders to renounce their prior citizenship, and there is no indication Snowden has.

Snowden, who faces espionage charges in the US, has said previously that he would return to the country if he felt he would receive a fair trial.

He did not immediately comment on his newly-minted nationality. 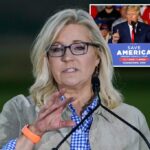 Liz Cheney will campaign for Dems, leave GOP if Trump is ’24 pick 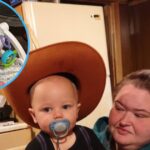 How Many Kids Does Amy Slaton Have With Michael?