Russia attacked Ukraine with 16 Iranian-made “kamikaze” drones overnight, hours after unleashing dozens of missiles in one of its largest barrages aimed at annihilating the war-torn country’s critical infrastructure in the dead of winter.

Air attack sirens blared in the capital, Kyiv, around 2 a.m. local time, and several explosions and the sound of anti-aircraft fire south of the city were heard. By dawn, the attack appeared to be over and residents ventured outside after a relentless day and night of bombardment.

The Ukrainian military said all 16 Shahed drones had been shot down by air defenses. Seven had targeted Kyiv, where an administrative building was damaged, Mayor Vitali Klitschko said.

Russia launched a total of 85 missile strikes, 35 airstrikes, and 63 strikes from multiple rocket launch systems in the past 24 hours, the General Staff of Ukraine’s Armed Forces said in its daily war briefing.

Russia’s Defense Ministry said it had carried out a “massive strike” on energy and military industrial targets to disrupt Ukraine’s ability to repair equipment and move troops.

Ukrainian President Volodymyr Zelensky said the attacks were on energy infrastructure and most were repelled.

The areas where the loss of power was “especially difficult” included Kyiv, Odesa and Kherson in the south and surrounding regions, and around Lviv near the western border with Poland, Zelensky said in his nightly address.

“But this is nothing compared with what could have happened if it were not for our heroic anti-aircraft gunners and air defense,” Zelensky said.

The president also warned Ukrainians there could be another widespread air assault before the year is out.

“There are two days left in this year. Perhaps the enemy will try once again to make us celebrate the New Year in the dark. Perhaps, the occupants are planning to make us suffer with the next strikes on our cities,” he said. “But no matter what they plan, we know one thing about ourselves: We will survive. We will. We will drive them out. No doubt about it. And they will be punished for this terrible war.”

Ukrainian grid operator Ukrenergo said the deficit in Ukraine’s energy system was at the same level as before Thursday’s attacks: “The consequences of the damage had much less impact on the operation of the power system than the enemy expected,” it said.

Since October, Russia has been launching near-weekly mass missile and drone strikes against Ukraine’s battered power grid, leaving millions of people in the dark with no heat in frigid weather.

Russia says its aim is to reduce Ukraine’s ability to fight; Kyiv says the attacks have no military purpose and are intended to harm civilians, a war crime.

Kyiv says Iran is supplying Moscow with Shahed-131/136 drones for its air attacks. Tehran denies this. 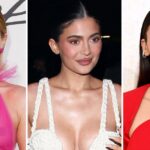 Celebrities’ Most Revealing and Sexiest Outfits of 2022 in Photos 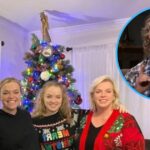