A campaign canvasser for Sen. Marco Rubio (R-Fla.) was attacked and seriously injured late Sunday night by an assailant who told him Republicans weren’t welcome in his neighborhood, Rubio and local police said Monday.

Javier Lopez, 25, of Hialeah, was arrested at the scene by responding cops who found the unidentified victim with cuts and bruises.

Hialeah police said the victim was distributing campaign materials in the Miami-area city when Lopez approached him and said “he was not allowed to walk on the sidewalk and pass out fliers in his neighborhood.”

The canvasser walked across the street to avoid Lopez, but Lopez followed him, officials added.

“Mr. Lopez then struck the victim multiple times in the face causing the injuries,” a police spokesperson said.

Rubio tweeted several pictures of the victim, showing him bloodied and swollen in the back of an ambulance and in a hospital bed.

“Last night one of our canvassers wearing my T-shirt and a [Gov. Ron] DeSantis hat was brutally attacked by 4 animals who told him Republicans weren’t allowed in their neighborhood in #Hialeah #Florida,” Rubio tweeted. “He suffered internal bleeding, a broken jaw & will need facial reconstructive surgery.”

The senator also addressed the attack at a campaign event in Hialeah Monday. 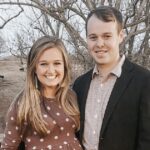 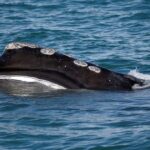