A disrespectful audience member received the boot after heckling and booing a black child actor performing on stage.

But his onstage debut during the show’s opening night was quickly plagued with disruptive behavior from an audience member, who began booing the actor during his solo.

The audience member then yelled “Rubbish!” before leaving the building shortly after.

In a statement to The Post, the venue said the person in question has been banned from returning.

“We would like to congratulate Malakai M Bayoh for his stellar performance as Oberto in our first night of Alcina,” a spokesperson for the Royal Opera House said in a statement. “Malakai is astonishingly talented – bringing great acting and beautiful singing to the role – a huge accomplishment for such a young singer.”

“Unfortunately, the opening night of Alcina featured an audience member who disrupted the show and Malakia’s excellent performance. We are appalled that a member of the audience behaved in this way and our support is with Malakia and the cast and creative team of Alcina.”

“Steps have been taken to ensure the audience member in question does not return to the Royal Opera House,” the statement concluded.

Bayoh later received a thunderous ovation from the audience following his performance, taking a bow in front of the packed venue.

Reporter Rebecca Franks, who was at the performance, tweeted about the ordeal shortly after the fact.

“He booed and heckled the young boy singing (in a lovely way) Oberto,” she wrote.

“Thankfully, the rest of the audience drowned the heckler out with extra-loud, heartfelt applause. But, seriously, who boos a child?”

“A 12-year-old boy was sweetly singing his lines when a man in the audience yelled, ‘Rubbish!’ and booed him,” he tweeted.

“Who would do that to a child? Once the boy was done, the audience responded with wild applause and cheering.” 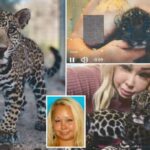 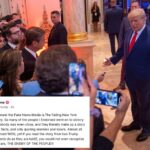 Under-fire Trump blasts press as ‘the enemy of the people’